Guide to survive a family dinner as an ecologist 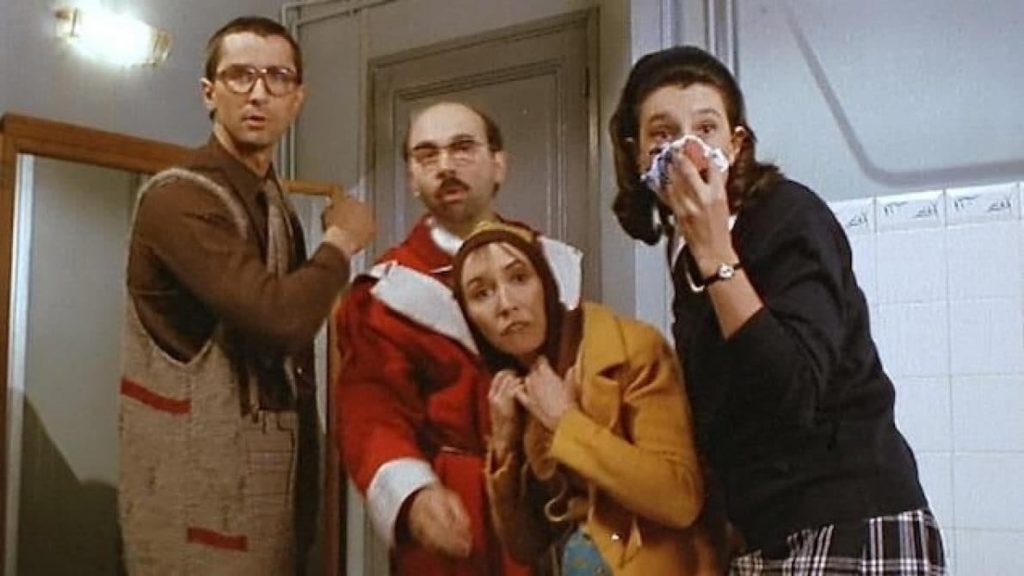 Not a day goes by without you being confronted with it. You are the environmentalist of the family. The environmentalist of the office, or of the group of friends. While you think that global warming should be the priority of our concerns, they think that you are exaggerating, that we have time, that whatever happens we are screwed, and that in any case, Man has always adapted.

Sometimes you may not know what to say. Or simply that you are afraid to respond to these arguments without spoiling the atmosphere, or looking like a pain in the ass. A difficult balancing act.

Here is an article where you will find answers to (almost) everything you need to navigate in society and stay on course.

The examples and explanations you will find in this article are the result of 3 years of work on Bon Pote. 3 years posting information daily on the social media (Twitter, Linkedin, Instagram and Facebook) as well as one or more articles every week. Numerous articles were written in reaction to remarks or fallacious arguments that came up very often, which helped to feed the 20 articles written in partnership with the CNRS.

Let’s make one thing clear right away: there is no such thing as a single, perfect solution that works for everyone, and there never will be. Each person is different and will be receptive to different arguments or forms. Some will require numbers. For others, appeal to pathos. Finally, for some people, it will not be until it is 50 degrees in their city that they will ask themselves questions…

I still encourage people to debate, to dare not to let anything be said. Not only because it gets you out of your filter bubble, but also because it’s great training. You will see that the same arguments will always come up, and you will be more and more able to answer them easily.

Some tips before you start

All responses to the arguments put forward by climate deniers or climate delayers are accompanied here by scientific sources. On a personal basis, and based on my experience, here are a few tips that I think are worth mentioning:

Last point. The aim is to have at least one answer for each argument. This response could be a whole article. Yes, it will take you a little longer than 5 minutes to be able to answer the main arguments. Don’t dream. To fight lies and bad faith, you need a little more than a 3-minute Konbini video!

How do you respond to a climate denier?

Before reviewing the main climate sceptic arguments, perhaps we should first define what a climate sceptic is. A climate denier is a person who questions anthropogenic, i.e. human-induced, climate change. According to her or him, this is ‘natural warming’, it is part of a cycle, and humans are not (or are only marginally) responsible for this warming.

It is now easier to answer and debate with a climate denier because we have much more scientific evidence at our disposal. These are the most common arguments.

“Scientists are not sure about warming among themselves

This is WRONG. The consensus on global warming is well established and unequivocal. By the way, make sure that your interlocutor knows how a scientific consensus is built…

“Yes, but in the past we’ve had this, these are cycles!”

So, it’s true and false, depending on what we’re talking about, but above all, the subject is the speed of the current change. To remember:

“They can’t predict the weather 10 days ahead and they want us to believe that they can know the weather in 2100!”

This sentence is a classic, used for example by Jean-Christophe Buisson, deputy director of Figaro Magazine. Big problem of understanding. Defined as the state of the atmosphere at a given time and place, weather is subject to change from hour to hour and from day to day. Climate, on the other hand, generally refers to weather statistics over a decade or more.

To find out more, you can read this article.

PS: there is the variant “yes, but the climate models are unreliable” which often comes in the wake. Unfortunately, they have been very good until now….

“And the IPCC there is worse than a cult, a lobby financed by the warmists!”

Don’t laugh, this argument was given to me by a person invited every week by LCI and Russia Today France. Here is a comprehensive article that helps you know exactly what to say. For the short version:

Now you know that the picture below is not correct, but it can still make you smile…

Other arguments that have unfortunately become classics, to be quickly debunked

For the more experienced climate denier, there are variations. Here are some of them:

How to respond to climate delayers

Even if the result is the same (inaction), it is necessary to differentiate the climate sceptic from the climate delayers, who will tend to recognise a warming, but will rather say that it is not so serious, that it is exaggerated, and that Man has always adapted. First and foremost, I encourage you to read through and have these 12 discourses of climate inaction in mind before your next dinner or lunch…

Not a day goes by that I don’t refer to it. Between the blissful techno-optimism of politicians, the guys who prefer to blame the Chinese and Indians rather than question themselves. A selection :

The question underlying these first points is: why act? Is France not an exemplary country, as some politicians and influential people love to repeat? “France is only 1% of emissions”.

First of all, let’s remember some figures: on average, each French person emits 6.5 tons of CO2eq/year on the territory, but also a carbon footprint of 9t CO2eq/year. Not only do we need to at least divide our footprint by 5 to meet our climate commitments, but we are also well above the world average of 7.5 t CO2eq/year. In the end, France is not so exemplary…

If, in addition to these first elements, we take into account the historical responsibility and the financial means at our disposal, there is no room (or excuse) for inaction. In other words, those who spend their time accusing the Chinese and Africans of all the evils do not do so on scientific grounds but on ideological grounds.

PS: it also works with “flights are only 2%, cars are xx%! No sector is sustainable today, all must evolve.

“You’re not going to give me any trouble for 2 degrees more, it’s not that bad!”

Or her little sister “ahah I’ll take a sweatshirt off!“. It’s important to have humour.

Except that 2 degrees more is a global average. Knowing that the land is warming on average twice as fast as the oceans. That some regions are warming faster than others (in France, for example, we have already exceeded the +1.5°C increase). In other words, an average means everything and nothing. The average hides the fact that it’s going to be 50 degrees in your city and taking off a jumper won’t stop you from suffering.

Yes, you read that right. Without drastic changes, it will be 50 degrees in the city, and before 2050. When the heatwaves last up to 20 days instead of 5, it will be “too late” to say that you should have listened to this good old friend.

The scientific literature is very clear: our climate future is in our hands. Our individual and collective actions can bring about changes that will benefit us quickly. Read more on this topic.

“Technology will save us! Nuclear fusion is coming! And then we’ll all drive Tesla’s and be fine.” This kind of discourse comes up very frequently, whether from people who refuse to change their behaviour, or more sadly from a politician paid with our taxes:

Not only is the technological gamble extremely risky, but for the moment we have not a shred of evidence that it is possible for clean energy to replace all existing energy sources. The zero-carbon plane in 2035, so much vaunted by the Macron government, is an unmitigated bullshit refuted by many specialized engineers. Concerning fusion, it would only be part of an energy mix. So no, it is not energy that will save us all.

Moreover, on average, between a scientific publication and the filing of a patent, it takes about 10 years. Then there is the marketing, deployment, etc. Yes, technological innovation will be part of the solution, but relying on it alone is foolish.

And the other classics of climate delay…

You now have enough information to respond to the main fallacious arguments. Of course, the list is (unfortunately) not exhaustive, and it will take a lot of patience to even agree on the facts. It is likely that some people are not acting in bad faith, but just do not have the right priorities, or orders of magnitude. Typically, a person who will tell you “I’m doing my part, I’m recycling”, when they fly 10 times a year…

There is everything you need on the site to learn, understand the issues, and act:

I know that there is a missing category in this article. We could call them the “climatoIdontgiveafuck”. Those who know, know the consequences, but will not change anything. This is their right. This is why we need to change the current laws, which are completely unsuited to climate issues. As long as you can have a carbon footprint of 2000 tons/year like Bill Gates or Jeff Bezos and tell everyone how to go green, there will be a problem.

Good luck with the upcoming dinners and lunches. And remember: change takes time. Months. Sometimes even years. No one is asked to be perfect, just to stop hitting the accelerator against a wall.