Climate is not weather. Here’s why. 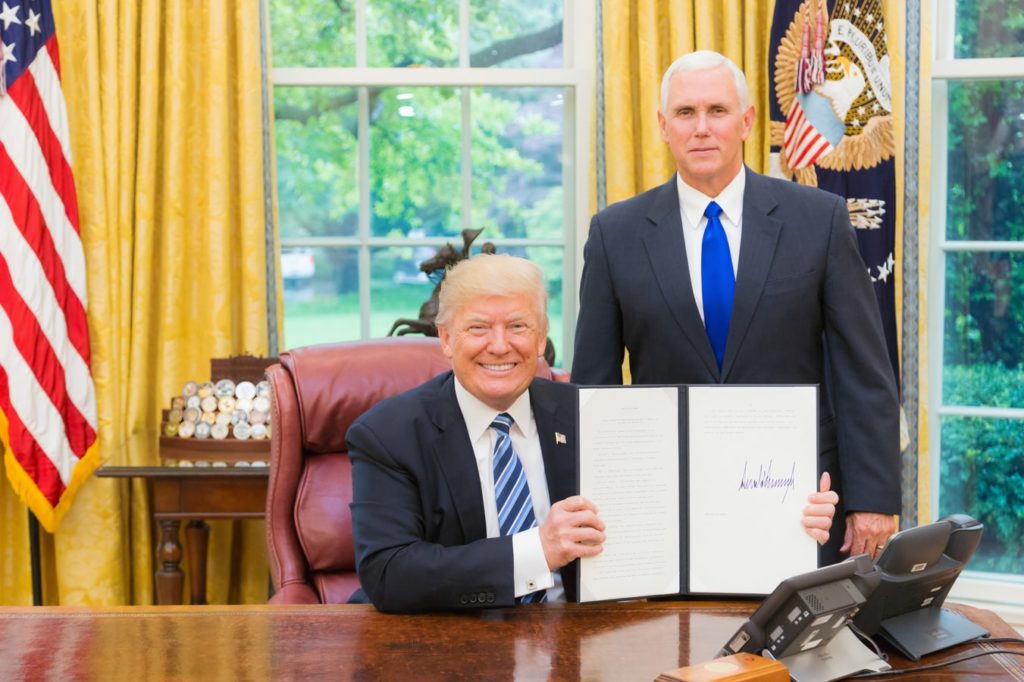 Before reading this article, you can check out this video of Jean-Christophe Buisson, assistant director of the Figaro Magazine, talking about weather and climate:

It’s normal to feel astounded after watching this. Especially since Jean-Christophe is a repeat offender. In another excerpt, he claims that ‘climate has always changed, for thousands of years‘. We already debunked this widespread myth, but not the confusion between weather and climate. That’s what this article is for.

By digging into the subject, I noticed that the difference between weather and climate is studied in 7th grade in France… but, as is often the case, it’s a bit more complicated than that. Given the urgency of the situation, we wrote this article in partnership with the National Institute of Sciences of the Universe (INSU), to demystify some general climate myths and give everyone access to scientific knowledge on climate.

In order to be as precise as possible, we have received the precious help of Jean Jouzel, French paleoclimatologist and Vice-Chair of the IPCC Scientific Panel from 2002 to 2015.

Climate and weather: what are we talking about ?

Meteorology is the study of the processes and phenomena of the atmosphere, especially as a means of forecasting the weather. Forecasts longer than 10 days make no sense because the state of the atmosphere on a given day and at a given location depends on the initial conditions. This is because of the chaotic nature of atmospheric circulation.

In contrast, climatology studies the average state of the atmosphere and oceans on large time scales and the physical processes that are relevant over the long term. For that, the initial conditions don’t really matter.

In that case, “boundary conditions” are important seeing as they determine the average statistical state of the atmosphere – its climate. Take for example the the amount of energy that the sun sends to Earth: it is higher in June than in December (both are extremes). In spite of the chaotic character of atmospheric circulation – which makes it possible, although rarely, for a particular day in December to be warmer than in July – the sun’s “forcing” underlies the annual cycle of temperaures.

Weather is the state of the atmosphere at a given time and place, and is subject to changes from hour to hour and day to day. Climate, however, generally refers to the statistical description of meteorology over a decade or longer.

What sets climate apart from weather ?

The time scale, which is around a week for meteorology, ranges from a decade, a century or even thousands or millions of years when turning to the past for climatology. This is essential to set them apart. To illustrate the difference between weather forecasting and climate projections, this analogy by Valérie Masson-Delmotte is quite telling:

Picture a pool. Imagine that the taps are wide open, and the pool is slowly filling up. If someone plunges into the pool, there will be small waves. These waves are meteorological fluctuations. The rise of the average water level is climate change.
A diver who jumps into the water several hours later will still cause waves (of different intensity), and the average water level in the pool will have risen (as long as water is added to the pool).

In the atmosphere, greenhouse gas emissions trap heat, which warms the climate (cf. water fills up the pool), and there will always be weather fluctuations (waves). In climate science, the disturbance of the Earth’s energy balance is taken into account when simulating the response of the long-term climate system and its effect on the trends, frequency and intensity of extreme weather events in the future (the average water level, and the occurrence of waves of different heights). Weather forecasting uses the same atmospheric models as those used for climate simulations, but estimates short-term changes (a few days) which depend on the initial state.

Another way to picture this: weather helps us to know what we will wear the next day, while the climate determines the evolution (among other things!) of our wardrobe… as long as we keep our clothes for more than 6 months!

Last but not least, if, over the course of one day, you experience a five degree temperature increase (locally, since we’re talking about weather), there’s nothing to worry about. On the other hand, an increase (or decrease) of 5 degrees on the climate leads to a completely different world. By the way, to observe an average global temperature of 5°C less than today…. We have to go back around 20000 years (to the last glacial maximum)!

How do we measure the climate ?

Statistics related to the weather used to define climate are usually long-averages of air temperature and precipitations, as well statistics concerning their fluctuations, like their standard deviation. These fluctuations measure things like the inter-annual variability of precipitations according the the long-term average, or the frequency at which days where temperature was lower than 5°C occur.

Averages of climate variables calculated over long periods of time are called climatological normals. They can cover several months, seasons or even a whole year. A climate forecast may, for example, aim to estimate a probability: for instance, the next decade will be warmer than previous decades, or the average temperature over the next ten years will be higher than the average temperature during the last 30 years. It can also estimate the global average temperature that could be reached at the end of the century, according to different scenarios of greenhouse gas emissions.

Climate forecasts do not predict the detailed day-to-day evolution of future weather conditions; however, they do enable us to state with near certainty that, in the case of a high emissions scenario, the last decade of this century will be warmer than the first. However, we don’t know if the year 2095 will be warmer than the year 2096, nor the other way round. These forects give us probabilities of long-terms changes in future climate variables.

On the other hand, weather forecasts provide daily weather forecasts for specific times in the future. They help us anticipate if it will rain or not tomorrow. Sometimes, weather forecasts are provided in terms of probabilities, for instance by estimate the level of risk of rain the next day rather than just giving a yes or no answer.

To make accurate weather forecasts, forecasters need highly detailed information about the state of the atmosphere. The atmosphere’s chaotic nature means that even the smallest error in the description of “initial conditions” often leads to unreliable forecasts beyond a week or so. This is known as the butterfly effect, which is often referred to in public communication.

Weather can be mild during the winter… and cool in the summer!

Remember, Donald Trump’s sarcastic tweet in the middle of winter:

‘Be careful and try staying in your house, large parts of the Country are suffering from tremendous amounts of snow and near record setting cold. Amazing how big this system is. Wouldn’t be bad to have a little of that good old fashioned Global Warming right now!”

Donald is the kind of guy who denies world hunger because he just ate a Big Mac. Unfortunately, science doesn’t agree with him. Climate change simulations show that when greenhouse gases are emitted into the atmosphere, winters are still colder than the annual average temperature, but this average is getting warmer and warmer. A change that is already observed in the United States. While cold records are being broken from time to time, warm records are getting broken all the time.

Climate forecasts measure trends, averages. Even with +2 degrees year round, weather fluctuations and extreme events still hapen. The ratio has been ten warm records set or broken for every cold one.

Still, beware of the confirmation bias. Samuel Morin (researcher at Météo France) reminds us of one this”In recent years, it has become possible to quantify the likelihood, with or without climate change, of a particular event occurring: we can measure its impact on the frequency or magnitude of weather events, without attributing responsibility to global warming. For instance, it is estimated that the latter has increased the likelihood of the heatwaves in June and July 2019 by more than 10 times, although this does not make them a direct consequence of climate change“.

How accurate are these forecasts and projections?

Among the many misconceptions about weather, there’s the widespread belief that meteorologists suck at predicting tomorrow’s weather. This is, of course, completely false. Verification studies show that the 24-hour weather type forecast over France is accurate in a vast majority of cases. Indeed, 24-hour temperature forecasts at a given time has an average accuracy of about 1 to 1.25°C. At 7 days, the accuracy is about 3°C.

Furthermore, the performance of forecasts is constantly improving. Over the last thirty years, the quality of forecasts from the Arpège model of Météo-France has improved by one day every ten years. For more information, the Météo-France website is very complete.

Some climate skeptics also love to say that its not possible to predict future climates. Below are the global temperature projections made in 2000 for the period 2000-2020 using the available climate models at that time, synthesized as part of the CMIP3 exercise conducted in order to prepare for the third IPCC report. Clearly, the predictions made 20 years ago are in agreement with what has been observed. The technical improvements of the last 20 years later improved the models and their precision… unfortunately, there are none so blind as those who will not see.

PS: for the more curious, the 5th IPCC report (2013)explains in its frequently asked questions section why, while we cannot predict the weather one month in advance, it is possible to predict the climate for the coming decades.

Even if climate and weather are closely related, they are not the same thing. Taking into account time and geographic scales easily avoids this confusion. If the pool and wardrobe analogies weren’t enough, here’s another one: you can be a very calm person your entire life, but still experience moments of anger. That’s the difference between weather and climate !

Even though this difference has been known and taught for years, it’s no surprise that politicians and editorialists still make the mistake (unless, of course, it is intentional… which would be even worse). The Paris Agreement underlines the importance of education in the fight against climate change: it is urgent that all French people, including our leaders, understand the importance of climate change and the potential extreme weather events that result from it. This will be the subject of future articles !