Is CO2 feeding plants or poisoning the climate ? 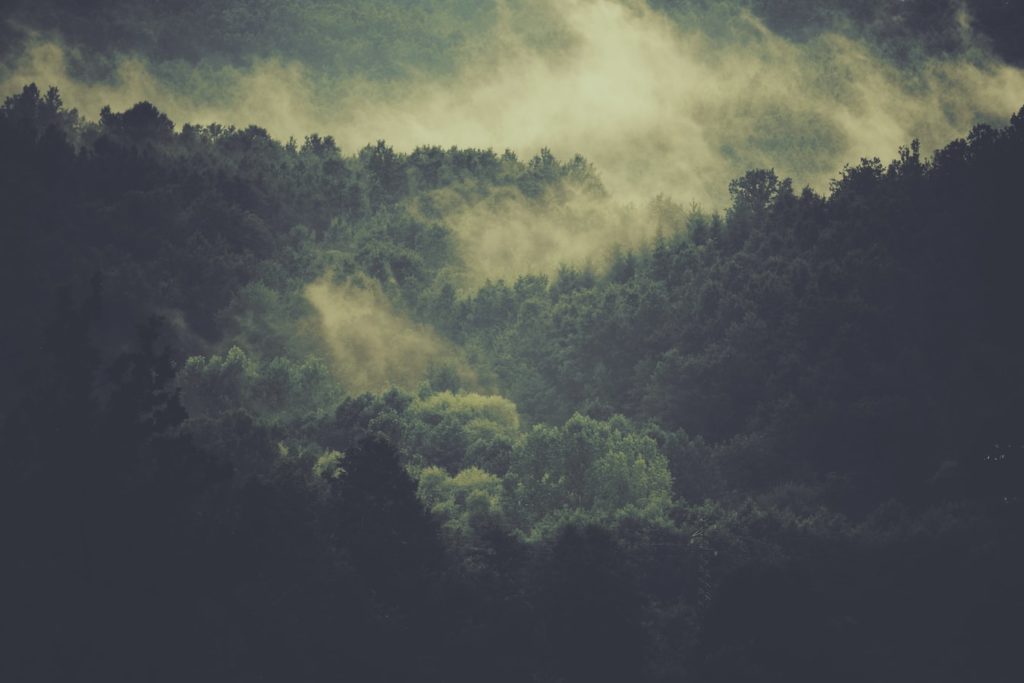 Today, let’s address one of the main subjects when talking about climate change: CO2. Carbon dioxide (CO2) in the atmosphere is now reaching levels 40% higher than before the industrial revolution. This human-driven CO2 rise has enormous consequences on climate. We have to go back three millions years to observe similar levels of atmospheric CO2.

Yet, myths on climate still remain and persist in the public sphere. Given the climate emergency, and in partnership with the National Institute of Sciences of the Universe (INSU), we wrote this article to demystify some common climate myths, and give everyone access to scientific knowledge on climate. In order to answer to several questions on CO2, we have received help from Laurent Bopp and Philippe Peylin, researchers at the French National Centre for Scientific Research (CNRS). They work at the Dynamic Meteorology Laboratory (LMD) and at the Laboratory for Climate and Environment Sciences (LSCE), respectively.

How do we know about the build-up of carbon dioxide in the atmosphere ?

Since the sixties, an ever-growing network of stations allows us to measure the evolution of atmospheric CO2 concentrations in remote locations across the planet with great precision.

To measure past concentrations of CO2, we analyze trapped air bubbles in ice caps and glaciers. This allows us to reconstruct the evolution of atmospheric CO2 during the last million years. In order to go back even further, we use other techniques, such as carbon isotopes analysis in paleosols, or boron isotopes from marine sediments.

Is the recent rise in atmospheric CO2significative ?

Data shows us that atmospheric CO2 hovered around 280ppm (parts per mllion) in 1850, and surpasses 400ppm today. Technically, today, CO2 makes up only about 0.04% of the earth’s atmosphere. This doesn’t seem like much, but the observed values shows that we have increased carbon dioxide levels in the atmosphere by 42% in only 170 years ! We’ll get back to the consequences later in this article.

Before 1850, variations in CO2 levels in the atmosphere have remained relatively stable for thousands of years. Even during the past hundreds of thousands of years, CO2 concentrations have stayed between 180 and 280 ppm,which makes the recent rapid rise particularly remarkable.

Above all, atmospheric CO2 is rising at accelerating rates, currently climbing at close to 2ppm per year over the last decade, a value much higher than the 0.5 ppm per year observed 50 years ago.

However, it’s important to know that Earth has experienced periods in the past during which atmospheric CO2 was extremely high – way above thousands of ppm – during the Mezosoic era for instance (also called the Age of Reptiles and Age of the Conifers). Carbon dioxide emissions back then were due to natural drivers, which are not responsible for current increases. (See Did climate really change everything ?)

Are human activities really to blame for the increase of atmospheric CO2?

Since the beginning of the industrial revolution, human activities are massively emitting CO2 by burning fossil fuels such as oil, coal and natural gas. Land-use change (especially through deforestation and wildfires) is another source of CO2 emissions (around 15% of total anthropogenic emissions during the past 10 years). These anthropogenic emissions surpassed 40 billion metric tons of CO2 per year these last few years, which accounts for the recent increase in observed CO2 concentrations.

Volanic eruptions can also emit large quantities of CO2. Currently, around 1500 terrestrial volcanoes (that we know of) plus oceanic ones account for a maximum of 360 million tons of CO2 emitted every year into the atmosphere (which is much less than anthropogenic emissions). Finally, atmospheric CO2 remained fairly stable before human activities came along, which shows that natural fluctuations were more or less at an equilibrium at that time – meaning that natural sources were absorbed by natural sinks.

“CO2 is rising, so what? Every breath we take emits carbon dioxide !“

A common argument of climate deniers is: “CO2 is rising, so what? Every breath we take emits carbon dioxide !“. Yup. But the CO2 that you exhale was in the atmosphere not so long ago. It has been absorbed by vegetation, and has been a part of your diet (either directly if you eat fruits and vegetables, of indirectly if you eat animals). On the other hand, CO2 that we pump into the atmosphere by driving a car, heating us or taking the plane was in underground reservoirs (coal, oil or gas) that were created on very long time scales (millions to tens of millions of years).

Exhaling does not lead to a significant increase in the concentration of atmospheric CO2, because you’re basically putting back into the atmosphere CO2 that was recently absorbed by vegetation (this is called the fast carbon cycle). On the other hand, burning fossil fuels pumps back large quantities of carbon dioxide that were previously stored underground into the carbon cycle. This carbon was stored underground through accumulation and sedimentation of plant debris, a very slow process. We are pumping back carbon in the the “fast” carbon cycle, carbon that wasn’t in there for millions of years, and that’s what is disrupting the Earth’s climate.

In small doses, it’s great! It’s partly thanks to CO2 that Earth isn’t a frozen planet.

But the increase of CO2 doesn’t come without consequences for human societies.

Even though we know that atmospheric CO2 has been relatively stable for long periods of time, its levels have varied widely over the last 500 million years, at least five times. During these events, enormous quantities of carbon have been degassed, leading to an increase in our planet’s average temperature, ocean acidification and mass extinctions.

How is CO2 disrupting the climate ?

The Earth’s climate stems from an balance between absorbed solar energy, and energy that is re-emited by Earth into space. Everything that is disrupting this balance affects our planet’s average temperature: we call this radiative forcing, or climate forcing. This is happens with greenhouses gases, like CO2: a change in greenhouse gas concentrations leads to a shift in this energy balance, which in turns affect the Earth’s temperature. (see Is climate always changing ?)

Ice-core archives collected at the Dome C station in Antarctica show a strong correlation between temperature and CO2 concentrations.

At the same time, climate forecasts made with climate models show the strong correlation between anthropogenic CO2 emissions into the atmosphere and temperature anomalies.

Where do CO2 emissions come from ?

Currently, around half of the emitted CO2 is absorbed by natural carbon sinks like vegetation, soil and oceans. The other half of emissions is building up in the atmosphere.

Chemical and physical processes explain why the ocean is a carbon sink. However, several findings show that the ocean’s ability to absorb CO2 may be impaired in the future. Climate change itself could affect carbon sinks and jeopardize their ability to absorb CO2. This is called a positive feedback loop, which leads further worsening climate change.

When atmospheric CO2 concentrations are too high, uptake of carbon dioxide changes the chemical balance of seawater leading to a reduction of the ocean’s pH. This phenomenon is called ocean acidification. The current 30% increase in oceanic acidity already has devastating impacts on the construction and conservation of shell builders, like oysters and corals, and skeletons of micro organisms. These are the basis of the food web for hundreds of species.

On the continents, CO2 stimulates vegetation growth by fertilizing ecosystems through an increased rate of photosynthesis. In 1997, a study showed that, between 1981 and 1991, higher temperatures in high northern latitudes favored plant growth during the summer and respiration rates during winter. This suggests an increase in plant growth and a lengthening of the growing season. The study used satellite data and CO2 records to show that the global carbon cycle reacted to interannual fluctuations of air surface temperatures, values that were very important at the regional scale. We call this “greening”. It’s good news! Of course, climate deniers jumped on the occasion to claim that we were all wrong to be worried about climate change… but things are not that simple.

Is a greening earth good news ?

Satellite data (2000-2017) revealed that a third of Earth’s vegetated lands are currently greening – therefore becoming more productive. This greening reflects the intensive land use of agriculture and fodder on all continents, but mostly in the two most populated countries in the world, China and India.

In both countries, food production increased by over 35% since 2000 mainly because of increasing harvested area.

However, the use of fertilization or large quantities of water for irrigation poses some serious issues. Furthermore, the increase in agricultural yield leads, on the long term, to soil depletion (meaning a loss of fertility). It’s also important to know that this greening, which mainly takes place in northern temperate and high latitudes, does not compensate for past loss of leaf area in tropical plants… and its impacts on ecosystemsand biodiversity.

Finally, greening implies a higher use of nutrients for plant development, and and increase in transpiration (given that leaf area is higher). Therefore, there is less water in the ground.

What are the limits of greening ?

Greening also has its limits. If temperatures continue to rise, plants will eventually reach their greening limits, and greening will decrease or even go into reverse. This will highly depend on the availability of water, nutrients, and the average temperature. For all eosystems, there is an optimal temperature range: if temperatures reach values above this range, the consequence will be a loss of leaf area.
In case of a lack of water, for instance due to a change in the seasonality of rainfalls, and/or sudden increases in temperature, tropical forests can lose leaf area.

Climate change will affect regional climate. Some regions will probably become more hospitable for humans – the boreal regions, for instance. Others will become much more hostile, or even uninhabitable – such as the already dry tropical regions.

The surpluss of CO2 emissions disrupted the earth’s energy balance, which led to an important accumulation of heat. The rate at which all this is happening is problematic. Oceans may not be able to absorb as much CO2, and CO2 absorption leads to a shift in the ocean’s chemical balance. Ocean acidication already has consequences on marine ecosystems.

Although the effect of CO2 on plants is positive – for now – the negative consequences of CO2 still outweight the positive ones.

Bonus : An infography of this article is available on the CNRS website 🙂