Did the scientific consensus on climate change reach 100 % ? 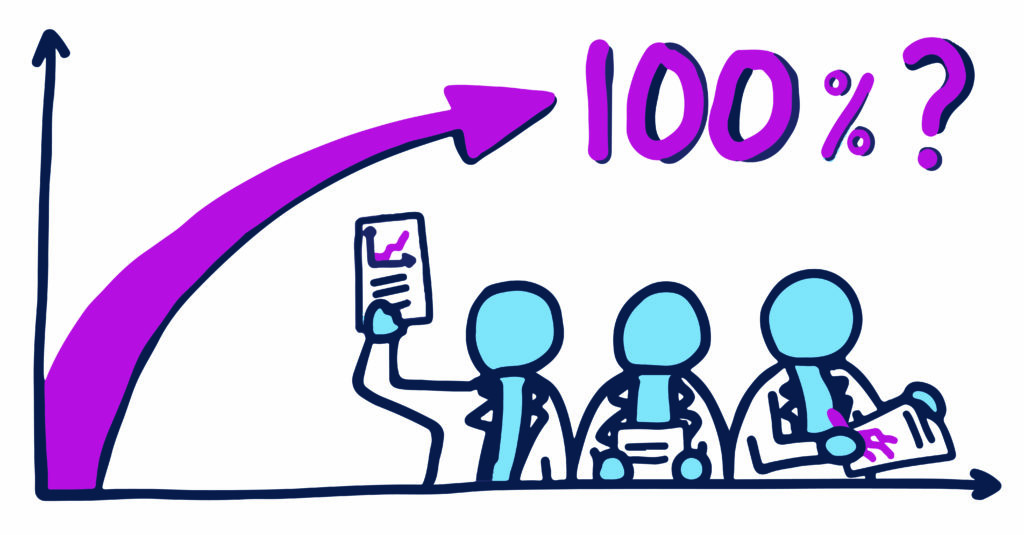 Myths on climate still remain and persist in the public sphere.

Given the climate emergency, and in partnership with the National Institute of Sciences of the Universe (INSU), we would like to demystify some cliches about climate change and propose instead scientific knowledge to a wider audience.

Each climate myth will the subject of an article. These articles will refer to several scientific publications and aim to dispel certain doubts and objections.
For our first article, we decided to address an important and recurring question: is there a scientific consensus recognizing humans as the cause of global warming ?

To answer this question, we have received the precious help of Jean Jouzel, French paleoclimatologist and Vice-Chairman of the IPCC scientific group from 2002 to 2015.

What is a scientific consensus ?

First and foremost, we have to define what a scientific consensus is. The concept applies in most scientific domains, be it climate, health…

Scientific consensus is the collective judgment, position, and opinion of the community of scientists in a particular field of study. The aim of scientists is to better understand the world. To do this, they formulate hypotheses and confront with reality.

When certain elements (observational or theoretical) fail to confirm a hypothesis, it is disproved. The accumulation of scientific elements allows for a better understanding of the world by selecting which postulates are the most adapted to describe it. When a particular scientific field has been very active, it is possible to identify certain structuring postulates which then become theory.

In science, theory has nearly the opposite meaning of the word’s everyday use. It is the strongest form of scientific evidence. It is a scientific postulate that remains valid despite attempts to disprove it, or alternative propositions and observations. When a scientific field is sufficiently advanced, these propositions are widely accepted by the research community and their publications… that’s what a consensus is. Today, the theory of anthropogenic climate change is one of the most solid and widely agreed theories in the scientific world. It relies on an overwhelming body of evidence basis and is endorsed by most scientists.

The key characteristics of a scientific consensus

A scientific consensus is characterized by:

Why should we trust the scientific consensus ?

A scientific consensus is completely different from a political consensus: there is no vote. It is a very long process taking shape progressively and relying on a body of scientific evidence.

Time and the accumulation of evidence validate the consensus. For example, a consensus on the effectiveness of a method or vaccine for a new virus does not carry the same weight as a consensus on climate change. The body of work which constitutes the basis of climate science has been cited thousands of times and for many years by many scientists. That’s how a consensus gains traction: transparency, meta-analyses, quality of evidence. Therefore, since 2007, no national or international scientific body has questioned the human responsibility in climate change.

Of course, doubt is always important in science. We don’t want to live in an epistocratic system. However, decisions need to be made, at the political and individual level. These decisions should be informed by the current state of knowledge, on what is agreed upon and also on what remains uncertain.

We do not have the time nor the capacity to be informed about everything. That’s the reason why we choose to go to a doctor when we are sick. It’s the same thing for the consensus on climate change: we have to rely on the climate science expertise. Is this rational ? On the one hand, a consensus that has remained unchallenged since 2007 (by no national or international scientific body) backed up by thousands of scientific publications which make the case for anthropogenic cliamte change. On the other hand, comments on social media, newspaper articles with no proof or scientific method… we’ll get back to that.

Subsequent studies have since then confirmed this consensus. To get a sense of the exact percentage of scientists who acknowledge anthropogenic global warming, John Cook conducted a meta-analysis in 2016 and came to the following conclusion: the expert consensus oscillates between 90 and 100%, with most studies finding 97% consensus.

There are two main points to remember from this:

The study not only shows that humans are behind global warming, but that human activities are solely responsible for all warming observed between the last decade (2010-2019) and preindustrial levels (1850-1900), while natural forcings (the sun, volcanoes…) contribute next to nothing.

NB: if you want look into the subject some more, we explained the fundamental notion of radiative forcing in a previous article, and it is also shown in the image below:

“The observed surface temperature change is shown in black, with the 5 to 95% uncertainty range due to observational uncertainty. The attributed warming ranges (colours) are based on observations combined with climate model simulations, in order to estimate the contribution of an individual external forcing to the observed warming.

We will define what a “climate expert” is, to explain how misinformation campaigns have exploited the confusion about “experts” to spread doubt about the scientific consensus.

In the context of climate change, most studies define a climate expert as a climatologist who publishes peer-reviewed climate research. Why does the level of expertise matter? Because the more you know about the subject, the more likely you are to acknowledge anthropogenic global warming. The graph below illustrates this fact:

As mentioned earlier, one of the reasons why it is almost impossible to get 100% consensus is that some people conduct studies which consider all kinds of expertise. You could be a doctor in philosophy or microbiology and express an opinion on climate change with the same weight as someone who’s been working on climate science for three decades…for example: Didier Raoult is an “expert” in his domain, but that doesn’t prevent him from saying all kinds of nonsense about climate. Who’d have thought?

Critical thinking can make your life easier when browsing the Internet. And to tell if an article is spreading misinformation, here are three tips to easily stop climate misinformation:

1) The time scale: Trends measured on short time series are very sensitive to the start and end date of the period considered, and do not necessarily reflect long-term changes in climate (weather is not climate!). Here’s an example when comparing the 1998-2012 period to the 1951-2012 period (source: IPCC)

2) The reliability of the sources: very often, arguments of people disputing the consensus about climate change aren’t evidence-based. At best, they use some unscientific and non peer-reviewed sources. It’s safe to say that a scientific paper published in Nature magazine has a better chance of being trustworthy than an article in Fox news. So, if someone claims that climate change isn’t real, advise them to publish in a scientific journal: extraordinary claims need extraordinary proofs.

3) The difference between science and opinion: despite multiple studies proving anthropogenic global warming, a gap remains between the expert consensus (99%+) and public opinion. In France, a 2019 poll conducted by the ADEME (Environmental and Energy Management Agency) showed that 25% of French people still think that global warming is only a natural phenomenon that has always existed… However, a press article or an interview will never have the scientific value of a peer-reviewed article.

Also, a scientist’s opinion on a particular subject does not have the scientific value of a peer-reviewed article.

The IPCC is THE international body on climate. Their synthesis work, their methods and transparency are without equal.

In its 2013 Fifth Assessment Report, the IPCC stated in its summary for policymakers that it is:”extremely likely that more than half of the observed increase in global average surface temperature from 1951 to 2010 was caused by the anthropogenic increase in GHG concentrations and other anthropogenic forcings together.”By “extremely likely”, the IPCC meant that there was between a 95% and 100% probability that more than half of modern warming was due to humans.

Here’s what was written 5 years later, in their “Global Warming of 1.5 ºC” special report published in 2018:

“Reflecting the long-term warming trend since pre-industrial times, observed global mean surface temperature (GMST) for the decade 2006–2015 was 0.87°C (likely between 0.75°C and 0.99°C) higher than the average over the 1850–1900 period (very high confidence). Estimated anthropogenic global warming matches the level of observed warming to within ±20% (likely range). Estimated anthropogenic global warming is currently increasing at 0.2°C (likely between 0.1°C and 0.3°C) per decade due to past and ongoing emissions (high confidence).” {1.2.1, tableau 1.1, 1.2.4}

What does this mean ?

As stated above, it’s been clear for decades that the Earth’s climate is changing, and the role of human influence on the climate system is undisputed. These words are filled with certainty, and words are important ! The degree of certainty in key findings is based on underlying scientific understanding and is expressed as a qualitative level of confidence (written in italics in the reports):

Additional terms are also used in specific circumstances (extremely likely – 95-100% probability, more likely than not – >50-100% probability, and extremely unlikely – 0-5% probability). These precisions are important to keep in mind when reading climate denial articles. Often very dishonest, they like to play with numbers, for instance to claim that 99.99% is not 100%, therefore that a consensus is worthless… Now you know what to answer !

Warming of the climate system is unequivocal, and since the 1950s, many of the observed changes are unprecedented over decades to millennia. Over the last 150 years, the observed global warming fits perfectly with the estimated impact of anthropogenic greenhouse gas emissions and other human activities that took place during that period. A finding observed in the most complex climate models. Therefore, if you don’t see global warming in the 2 graphs below… that’s because there are none so blind as those who will not see.

Concerning the scientific consensus, it does not matter if it is 97%, 99% or 100%. The level of scientific agreement on the human origin of global warming is extremely high and is only getting stronger and closer to 100%, with thousands of research papers supporting it.

Unfortunately, climate deniers still exist, and they usually refuse to participate in scientific debates. It’s simple: if you think that global warming is a hoax: publish your research in a peer-reviewed journal. Otherwise, refrain from talking nonsense. Every fraction of a degree more, every year, every choice counts.

Bonus: here’s a link to a wonderful infographic summing up this article 👌