3,3 billion people exposed to climate change: the new IPCC report is without appeal. 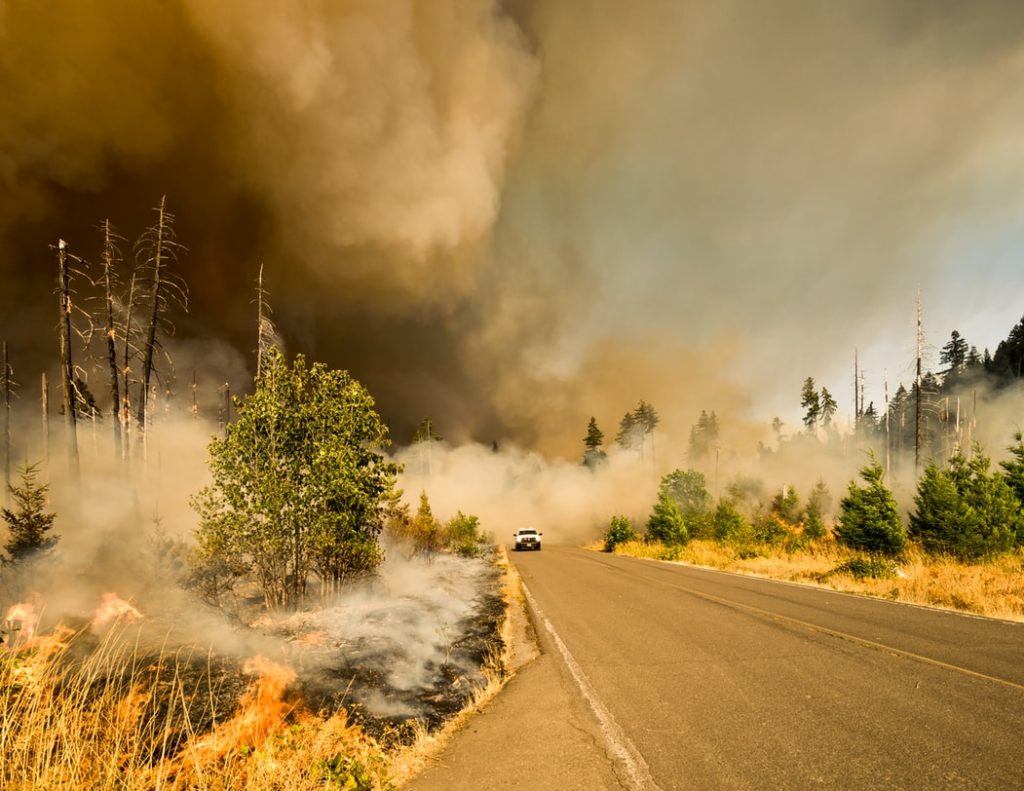 After the IPCC Working Group I (WGI) report in August 2021, the second report is finally out!

While the first report focused on the physical understanding of the climate system and climate change, this last report (2nd and 3rd) pinpoints the impacts, adaptation, and vulnerability of human societies and ecosystems to climate change. Compared to previous versions, this report integrates economics and social sciences and more clearly emphasizes the importance of social justice in climate change adaptation.

The present article focuses on the Summary for Policymakers (SPM) and the Technical Summary (TS). Words used in this report are strong, concepts are essential, all validated by governments (SPM). This report insists on social and political structures, which shows, once again, that our climate future lies in our hand. Many action levers are presented in this report and such knowledge must be shared to as many people as possible.

Before you read more, it is essential to be aware of what IPCC is, how authors are selected to write the report, how scientific papers are selected, who finances it, etc. If you know it already, good for you; otherwise, read this summary. I deeply encourage you to read the first report’s summary, to help you understand better the second one.

What to remember from this second report:

It is important to realize the sacrifices involved in writing an IPCC report. Scientists work voluntarily, very often in their private time, and spend sleepless nights to produce a report of the highest possible quality and accessible to everyone, particularly through the SPM and technical summary.

The last two weeks of plenary meetings were long and intense. Because of the war, Ukrainian scientists taking part in the approval session of the SPM were forced to withdraw from the meeting. These are the exceptional circumstances in which the report was finalized. Once again, thank you all. Our respect is huge.

Before diving into some of the points, here are the main findings of the new IPCC report (SPM + TS).

Observed and Projected Impacts and Risks from Climate Change

Vulnerability and Exposure of Ecosystems and People

Current Adaptation and its Benefits

Future Adaptation Options and their Feasibility

Digesting such a scientific report takes time. The complex effects of climate change on our societies become very clear once one delves into the TS, or the full report itself. Although it remains difficult to make a selection, hereafter are some elements that caught my attention.

Climate Change is already killing, and has been for several years

The rise of heatwaves, droughts, and floods already exceed the plants and animals’ tolerance threshold, resulting in massive deaths of tree and coral species. These extreme weather events occur simultaneously, leading to cascading repercussions that are increasingly difficult to manage.

Such events expose millions of people to acute food and water insecurity, especially in Africa, Asia, Central and South America, small islands and the Arctic. To prevent more loss of human lives, biodiversity and infrastructures, it is urgent and vital to implement ambitious and accelerated adaptation measures to climate change.

Will France be spared?

When skimming the different maps of the report, some might assume that France will be rather spared compared to other countries. It is indeed likely that France will suffer less than Madagascar or Cambodia. Nevertheless, French people will not be spared from climate change! And we are not ready for it. Or at least, very poorly..

France will, as well, be exposed to droughts, floods, heatwaves, wildfires… and some regions more severely than others, such as French Overseas Departments and Territories (DOM-TOM) and the Mediterranean basin (one chapter is dedicated to it). In this regard, Virginie Duvat (Lead Author of AR6) identifies the DOM-TOM as frontline territories that will be firstly and particularly affected by climate change

Losses and Damages are considered the 3rd important component of climate change, right after mitigation and adaptation. This is a critical point raised by numerous countries that are already suffering from climate change, and which require compensation for climate hazards that are impossible to adapt to.

There is ample evidence of Losses and Damages in the AR6 report. Let’s hope this will give more weight to the negotiations at the next COP27 and will offset the pathetic behavior of Northern countries at COP26. The budget requested is completely justified and is in line with climate justice: the highest emitting countries must pay for the damage they cause and will cause.

You may feel like you misread, but you did not: the IPCC mentioned colonialism as a sign of unsustainability! Although this is evident, why is this so important that it is stated in an IPCC report? Simply because this Summary for Policymakers gathers a whole body of scientific literature, sometimes defamed, which has been verified by the governments.

B.2: Vulnerability of ecosystems and people to climate change differs substantially among and within regions (very high confidence), driven by patterns of intersecting socioeconomic development, unsustainable ocean and land use, inequity, marginalization, historical and ongoing patterns of inequity such as colonialism, and governance (high confidence).

The roots of such vulnerability are partly related to the present as well as inherited political, economic, and social contexts. Equity presumes taking into account both current and historical inequalities. In particular, considering the colonial period is essential to understand the unequal adaptation capacities of certain States, and more specifically of certain populations or territories within these States.

It is important to remember that most of the available data is at the national level. Therefore, they do not recognise the strong inequalities that exist within continents, States, regions, or cities. In other words: Souths exist, including within Norths, no matter what territory one lives in. It has been proven that the more individuals or social groups suffer from exclusion, discrimination, and deprivation of access to economic, social, and cultural resources, the less they are able to adapt.

Fairness and climate justice require not only the distribution of the costs and benefits but also the compensation, one way or another, of the initial inequalities.

Special attention is paid in this report to mental health, yet completely left aside by public authorities… when not mocked by some who consider ecologists melodramatic. And still… Hereafter are two paragraphs from the TS – that we will come back to in other articles – devoted to mental health.

TS.B.6: Since the last IPCC report, there is increasing evidence that climate hazards associated with extreme events and variability act as direct drivers of involuntary migration and displacement, and as indirect drivers through deteriorating climate-sensitive livelihoods (high confidence).

As a reminder, most climate-related displacement and migration occur within national boundaries, while international movements primarily occur between countries with contiguous borders. Since 2008, an annual average of 20 million people have been internally displaced annually by weather-related extreme events. The most common climatic drivers for migration are droughts, tropical storms and hurricanes, heavy rains and floods (high confidence).

Finally, the impacts of climatic drivers on migration are highly context-specific and interact with social, political, geopolitical, and economic drivers (high confidence).

IPCC really focused on regional impacts of climate change. As we know, global warming of +2°C will not equally affect all regions of the world.

This exposure is combined with a very high vulnerability, closely related to extreme poverty and multiple inequalities in access to health, education, food security, and political instability. However, the continental scale does not reflect the very high inequalities within the same continent.

Please note: Figure TS.7 (above) shows that Africa is the most vulnerable continent overall. This does not mean that the other continents are spared! The report shows that all continents will indeed be affected and are far behind in their adaptation policies.

Limiting Climate Change to +1.5°C is no longer an Option

Limiting global warming to +1.5°C should significantly reduce the Losses and Damages caused to the economy, agriculture, health, and environment. Above +2°C, the adaptation costs will become prohibitive and unaffordable for millions of people.

Biodiversity is also omnipresent in this report. Global warming levels above +2°C will result in a rapid increase in the risks of ecosystem extinction and collapse(confiance élevée). Working Group 1 was already very clear in August 2021 (and has been for years): every emitted tonne of CO2 adds to climate change. If we want to avoid recurring tipping points and maintain a liveable planet for the majority of its inhabitants, mitigation and adaptation are no longer options.

This new IPCC WP2 report brings many confirmations, bad news… but also encouraging ones. No, “not everything is over, we all are not going to die“. We do have our climate future in our hands, it is up to us to drastically, quickly, and sustainably reduce our emissions.

Once again, it is the first time in history that a scientific report has, and will have so much importance, for the scientific, political, geopolitical, and economical communities. Its findings will be decisive for the upcoming negotiations at COP27, amongst others.

I reiterate: everyone should at least read the Summary for Policymakers. Everyone should get familiar with it and then look deeper into the different subjects. Its conclusions are crystal clear, and accessible for everyone to understand. The last point of the SPM perfectly summarizes the richness of the report and leaves no more doubt on the crucial role of politics in the combat against climate change.

The cumulative scientific evidence is unequivocal: Climate change is a threat to human well-being and planetary health. Any further delay in concerted anticipatory global action on adaptation and mitigation will miss a brief and rapidly closing window of opportunity to secure a liveable and sustainable future for all.

BONUS: a 12-point infographic summarising the report (download in HD for printing here)

BONUS: keep abreast of media coverage of the IPCC report (it is… not great)

BONUS 3: the third and last IPCC report just went out! 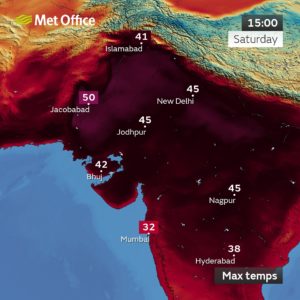