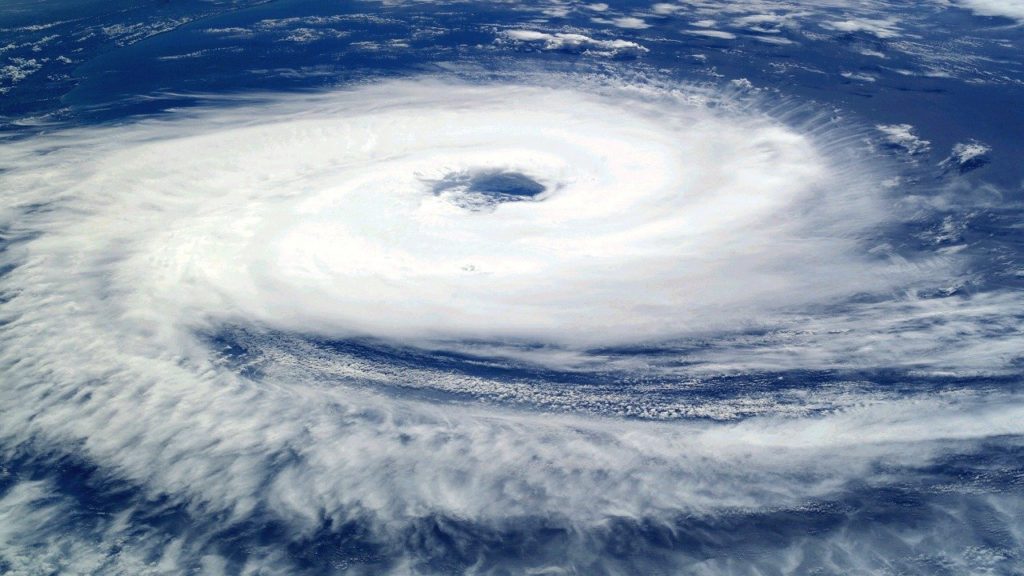 Every year, the world’s tropical regions are the scene of nearly 100 tropical storms, half of which develop into cyclones. Fortunately, only about 15 of them “land”, i.e. touch the ground. The damage caused by the latter is very often major, with a strong human and economic impact.

In August 2005, for example, the toll of Hurricane Katrina in Louisiana was overwhelming: 1,836 confirmed deaths, 80% of New Orleans flooded, and more than a million Louisiana residents displaced by the disaster. At a cost of over $180 billion …

With climate change, are such events likely to become more frequent?

We take stock of the situation with the help of Caroline Muller, a CNRS researcher at the LMD (Laboratoire de Météorologie Dynamique).

Storms, cyclones, typhoons, hurricanes? What are we talking about?

A tropical cyclone is a tropical ocean storm with a wind speed exceeding 118km/h.

Hurricanes and typhoons are two names used for cyclones in two specific locations: typhoons occur in the Northeast Pacific and hurricanes in the North Atlantic. Everywhere else, it is called a tropical cyclone, or simply cyclone.

It is created from an accumulation of heat, humidity and favourable winds at altitude. For a cyclone to form, the temperature of the ocean must be above 26° and at great depth.

For these reasons, cyclones do not occur (or very rarely) in the South Atlantic, which is too cool.

Cyclones are classified into 5 categories, according to the Saffir-Simpson scale

The size of the cyclone (at least 500 km2) makes it react according to many parameters. This is why it is sometimes difficult to predict its evolution. In 2017, for example, Hurricane Maria went from category 1 to 5 in 24 hours, which had never been observed … and therefore could not really be predicted!

How is cyclone activity observed?

Since the 1970s, the setting up of a complete network of satellites, permanently scanning the Earth, has made it possible to build up a homogeneous and precise database. Thanks to these satellite observations, climatologists have been able to identify reliable trends in cyclone activity since 1970. In the Pacific and Indian Oceans, full satellite coverage was not available until the 1980s.

For the Atlantic, we have more data thanks to the HURDA NOAA database, which goes back to 1851. Despite this, it is likely that a number were not recorded until 1944, when systematic reconnaissance by flight began to monitor for tropical cyclones and disturbances that could develop into tropical storms and cyclones.

There has been an increase in tropical cyclone activity in the North Atlantic since the 1970s. Their frequency seems to increase even more strongly in the 2000s. In 2005, for example, 27 cyclonic systems were recorded (a record since 1933!), whereas the average is usually about ten per year.

In 2020, cyclone activity was also very strong. Hurricane Laura is one of the most dangerous hurricanes as it made landfall as a Category 4, approaching Category 5, with sustained winds of 240 km/h. This makes it the strongest hurricane, in terms of wind strength, to hit Louisiana in over a century and a half.

Does this mean that there is an upward trend?

Nevertheless, and this is rare enough to be noted, it is difficult at this stage to speak of an upward trend!

In the North Atlantic, for example, cyclonic activity naturally varies according to cycles of several decades. Thus the high cyclone activity in 2020 is partly attributable to the “La Niña” climate phenomenon, which weakens the upper winds in the Atlantic and encourages hurricanes.

It is certainly true that the ocean is getting warmer, and that cyclones feed off the ocean’s heat. An upward trend would therefore be quite logical. But the fact that the upper layer of the atmosphere warms more than the lower layers does not favour cyclonic activity.

With so little time available, it is impossible to distinguish the impact of climate change from the natural variability of the phenomenon. The most recent projections and estimates predict a relatively constant number.

In the fifth IPCC report (2013), experts estimate that the largest cyclones are likely to be more powerful, with higher maximum winds. Rainfall associated with cyclonic systems is also expected to be more intense.

Indeed, as the atmosphere warms, its capacity to hold moisture also increases according to the Clausius-Clapeyron formula, which, during an extreme event, allows more latent heat energy to be mobilised.

Firstly, it gives more rain. In the case of cyclones, the release of heat also has the effect of strengthening the winds. This does not mathematically increase their intensity, but major cyclones can take full advantage of this mechanism to strengthen.

More than their multiplication, it is therefore their intensity and amplification that worry climatologists.

Are cyclones moving into new areas?

Yes, recent work shows that the latitude at which cyclones reach their maximum intensity has shifted polewards over the last 35 years in both hemispheres. This is consistent with the observed expansion of the tropical zone during this period, which is determined by atmospheric circulation. In recent decades, this zone has been widening towards the poles in both hemispheres. Several factors could explain this phenomenon (natural variability, stratospheric ozone, warming of surface temperatures, changes in the vertical temperature profile, etc.).

This migration would occur at a rate of 53 km per decade in the Northern Hemisphere and 62 km in the Southern Hemisphere. In total, this means a maximum impact band widening of 115 km per decade, the equivalent of one degree of latitude! However, there are regional disparities. The most marked shifts are observed in the North and South Pacific and in the southern Indian Ocean. In contrast, the trend is not very pronounced in the Atlantic.

Can there be cyclones in the Mediterranean?

In theory, the conditions for the formation of a cyclone do not exist in the Mediterranean.

However, in September 2020, the Lanos storm, which hit off the coast of Greece and Sicily, was described as a tropical-type cyclone, or “Medicane” – a contraction of the English words “mediterranean” and “hurricane” – or T.M.S. (Tropical-like Mediterranean Storm).

The “Medicane” occur regularly, especially in autumn, most often in the eastern Mediterranean. They are less powerful and smaller than tropical cyclones. Their duration is also lower. In fact, they usually occur every 2-3 years. But since 2016, a comparable event has indeed been observed every autumn. It’s a bit of a stretch to give a trend.

However, their frequency could increase as sea temperatures rise. But we still know very little about these phenomena.

What do the models project about cyclones?

Climate models are very effective for projecting droughts or cold waves, but are of limited use for cyclones. Indeed, the multiplicity of factors that can influence their development and life cycle requires more complex models, and therefore high computing power.

In particular, there is uncertainty about the connection between global warming and El Niño/La Niña events, which, as we have seen, have a major influence on cyclone activity.

Climate simulations for the 21st century indicate that cyclones are not expected to increase in number or even decrease in some areas, such as in the western Pacific.

What will be the impact of these changes in cyclone activity?

With the urbanisation of coastal areas, the danger to people and infrastructure is increasing. It will be even worse because of rising sea levels. Moreover, there are fewer and fewer buffer zones: for example, mangroves, which naturally help to slow down waves and reduce the impact of cyclones, are being destroyed by human activities.

Finally, the migration of the cyclone activity zone can have a particularly frightening effect on cities that have not been built with this risk in mind.

Cyclones are affected by climate change, in particular by increasing ocean temperatures and changes in wind patterns.

In addition, losses (material and human) are expected to increase due to greater exposure to storms.

BONUS: find this article in infographic on the CNRS website!