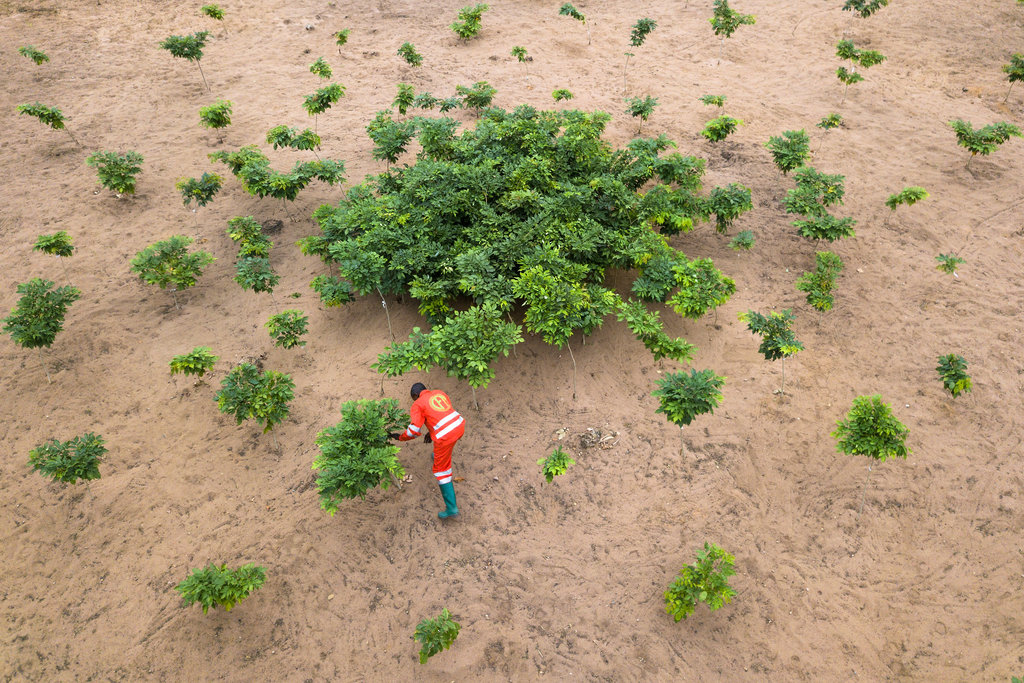 After the report of the Working Group I (WGI) and II (WGII), released in February 2022, the 3rd and last report is finally out!

After presenting the physical understanding of climate change, its impacts and necessary adaptation, this report provides a global and updated assessment of advancements and commitments on climate change mitigation. It explains the evolution of emission reduction and mitigation efforts, assessing the impact of national climate commitments against long-term emission targets.

This 3rd report takes stock of past and present emissions, provides an outlook for future emissions and options for reducing emissions by major sectors or systems (energy, transport, buildings, industry, agriculture, land use and food, cities, etc.). Note that there are some important new features in the full report, including an entire chapter on the social aspects of mitigation, which explores the aspect of the “demand”, i.e., what drives greenhouse gas consumption and emissions.

Reducing energy consumption, meat consumption, or even the use of private cars? A premiere that politicians would do well to learn from…

Before reading on, it is essential that you know what the IPCC is, how the authors who write the report are selected, what the selection process is for scientific articles, who finances it, etc. If you know this, great, if not, read this article. In addition, I strongly encourage you to read the summary of the first report and the second report, a real plus before embarking on this third part.

Things to remember anyway about the 3rd report:

Finally, one must realize the sacrifices involved in writing an IPCC report. The scientists work on a voluntary basis, very often working during their personal time, and have spent several evenings and sleepless nights so that this report can be as qualitative as possible and accessible to everyone, particularly through the SPM and the technical summary.

Two weeks of extremely intense negotiations, with up to 400 delegates and authors from all over the world participating in meetings, working groups… with the finalization of the Summary for Policymakers being 48 hours late. This was the longest IPCC approval plenary session in its 34-year history. It is not very surprising: everyone agrees on anthropogenic climate change, but the solutions are a little more discussed…

The key points of the new IPCC report

Before diving into some of the details, here are the main conclusions of the new IPCC report (Summary for Policymakers + some elements of the Technical Summary).

Record emissions for the last decade

The next few years will be critical to improve the chances of success.

In the above scenarios we find the5 different socio-economic pathways (SSP) and the Illustrative Mitigation Pathways (IMP). An article will follow on Bon Pote to understand how they work. In the meantime, you can already read this article.

Bonus: you can also dive into the scenarios of the 3rd report with this link that gives access to the databases.

Carbon neutrality in the industry and cities

Greenhouse gas emissions from the agriculture, forestry, and other land use (AFOLU) sector.

Clear benefits of reducing our emissions

Detailed analysis of some points of the new report

It always takes time to digest this sort of report and it would be worth writing more articles in the months to come as its density is so impressive. One quickly realizes the complexity of the effects of climate change on our societies when one delves deeper into the technical summary, and into the report itself. Although it is always difficult to make a selection, here are a few things to remember.

WARNING: How not to misinterpret the emissions scenarios in the IPCC report

It is important to understand that the scenarios presented in this third part of the IPCC report are neither predictions nor forecasts for the future. They are possible paths, depending on the assumptions made and put into a model that has its own advantages and disadvantages.

Also, and this is important to remember, the IPCC does not recommend ANYTHING. It does not take a position neither pro RE, nor pro nuclear, nor green growth, nor degrowth.. It summarizes the scientific literature on the subject. If out of 10 scenarios, 9 indicate nuclear fusion operational in 2030 everywhere in the world and 1 scenario indicates that it is not, this does not mean that there is 90% of chances that it will happen.

Is the decrease in demand (sufficiency) compatible with an increase in well-being?

Despite the generally preconceived ideas, the IPCC provides some clarifications on the issue of well-being and sufficiency. Thus, it is written in the FAQ’s:

There is a growing realisation that mere monetary value of income growth is insufficient to measure national welfare and individual well-being. Hence, any action towards climate change mitigation is best evaluated against a set of indicators that represent a broader variety of needs to define individual well being, macroeconomic stability, and planetary health. Many solutions that reduce primary material and fossil energy demand, and thus reduce GHG emissions, provide better services to help achieve well being for all..

No, we don’t have X years left before the tragedy

The IPCC has never said that we have X years left before “the end of the world”, “collapse” or any other superlative to characterize global warming and its consequences. The climate does not work like that. Everything will not be OK on December 31, 2029 at 11:59 pm, and then the next minute the world will fall apart.

The scientific literature gives some clues about the dangers of announcing a deadline, including some rhetoric that would force the IPCC to take responsibility for a specific date. What would happen if a date was given and it did not happen exactly as stated? The whole credibility of the IPCC would collapse.

Generally speaking, it is the NGOs and climate activists who use this wording, wanting to do the right thing and emphasize the urgency. But it has already happened that the press has published headlines with deadlines and since the “collapse” of this or that has not happened, the climate skeptics have jumped on the opportunity to mock the climate movement.

The logic is and will always be the same: every day counts, every day of inaction has consequences and reduces the room for maneuver to meet our climate commitments.

This refers to point C.1 in the Summary for Policymakers, which states that “without strengthening nationally determined contributions beyond those implemented by the end of 2020, GHG emissions are projected to increase beyond 2025, leading to a median global warming of +3.2°C by 2100” (medium confidence).

Since the IPCC work only took place BEFORE COP26, we can consider that the commitments made at COP26 reduce this temperature increase. After COP26, according to the new promises, we would be, according to Climate Action Tracker,

Useful reminder: promises only engage the ones who believe in them.

What about nuclear power?

Nuclear power tends to monopolize 90% of energy debates in France, even though it is far from being the majority of our energy mix (fossil fuels dominate by far).

In the Summary for Policymakers, the word “nuclear” appears only twice, once to mean that there is a significant investment cost to benefit from it (point C.3.6).
In the technical summary, it appears 8 times, and in particular in table TS.2, which is a comparison of the main characteristics of the mitigation scenarios providing for immediate action to limit warming to +1.5°C / +2°C compared to the current scenarios following the NDCs until 2030:

It will probably be necessary to carry out a similar work as the one done in the Special Report 1.5 for nuclear power. However, for the specific case of France, the work done by RTE is preferable.

This new report from IPCC Working Group 3 confirms that we have the solutions, that they are accessible and that all that is missing is the political will to implement them.

Once again, this is the first time in history that a scientific report has and will have such importance, on scientific, political, geopolitical and economic levels. . Its conclusions will be decisive for the upcoming negotiations at COP27.

Really, at least read the Summary for Policymakers. Very strong language was used, such as the premature closure of some fossil fuel infrastructures. Everyone needs to take hold of this report and not let any politician or business leader continue with business as usual: we no longer have time.