Getting out from fossil fuels : when impossible becomes essential 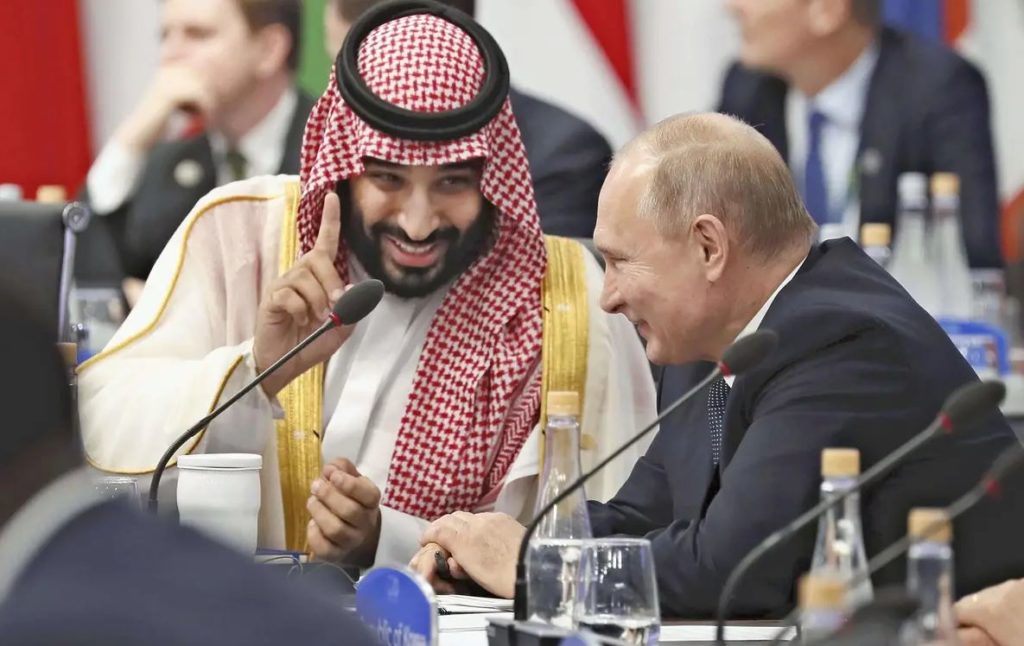 Since the beginning of war in Ukraine, all barriers are breaking one by one. What was impossible on yesterday is becoming essential today. Two weeks following the beginning of the invasion of Ukraine by Putin and his army, the whole of the french political class seems to wake up and calls to reduce fossil fuels consumption. The word is out : sufficiency.

“Ecologists” have been repeating it from years, despite they have been mocked, despite insults, defamations and unfounded accusations. Would they finally be right ?

Stupefaction among some politicians and newsrooms. From the 24th February 2022 and the invasion of Ukraine by the russian government, it seems that the dangers of our civilization are no longer wokism, feminists, Muslims or ecologists.

Until today, the excessive consumption of fossiel fuels was not a problem for this world leaders. Global warming, biodiversity collapse, oil spills, millions of death from pollution, financing of wars, etc. All of this was acceptable. But this time, it was different. Vladimir Putin has invaded Ukraine, et we in the West, will suffer directly.

Some people seem to discover in 2022 that Putin is a dangerous psychopath, a dictator that nothing can stop. An man who does not hesitate to kill journalists or to imprison opponents who challenge his policy. In the best case scenario, it’s foolishnest, if not, it’s an outright hypocrisy. Putin has benefited from an extraordinary complacency from at least 15 years ago.

Russian billionaires are strutting on the french côte d’Azur in their yachts, in our ski resorts, in paris in villas and apartments, each one more luxurious than the last. How did they pay for all of this ? The fruit of their hard labor ? Not really. We, from the West, now offended and shocked, have financed Putin and his friends with billions for two decades. We, from the West, allowed Putin to acquire such a power to harm by our fossil fuels dependency.

Hypocrisy must go on

It’s in the most total hypocrisy that we keep giving, from the beggining of the war, hundreds of millions each day to the russian power by buying it oil and gas. Our politicians refuse to take strict measures, facing the risk to offend constituents, while children, women and men are dying or escape their country.

You will see the same speeches from some companies that keep going their lucrative fossil fuel business, together with russian oligarchs. French banks may be what’s worst in terms of hypocrisy. One week after the war began, Crédit Agricole announced that it will create an emergency solidarity fund for their ukrainian colleagues. That is very generous of them !

It would mean forgetting that Crédit Agricole finances fossil business in Russia for several billions, with records in recent years, and one of its lead clients is… Gazprom. 10 millions on the one hand to ease their consciences, and on the other hand billions each year that have equiped Putin and that are litterally destroying the future of millions of persons on Earth. How to call it, “war washing” ?

This bank if far from being the only one to do it. BNP is in the same situation. Société Générale also. Total, one these 3 banks client and pseudo-actor of ecological transition, keep going with its business in Russia and Arctic whereas other oil industries reduced their own. “No pressure fromt the highest french authorities to leave from Russia”, declared the CEO of TotalEnergies. Translate this way : Emmanuel Macron would take strong political decisions, but in the same time, he is Emmanuel Macron. Dead of war will wait.

The Ukranian people and others.

With potentially 3.3 billions of people impacted by climatic hazards, it was not shameful to carbide with fossil fuels. When the leaders of Northern countries mortgage our future and the one of our children, it’s not shameful.

When Saudi Arabia, one of the world’s largest oils producers, has been killing Yemeni children for 6 years with french weapons, it’s not shameful. When France delivers military equipment to Russia between 2015 and 2020, it is probably to prepare for peace as we can see in 2022 in Ukraine. When the United States, that has been giving lessons in democracy for 2 weeksand is the biggest imperialist country of the last decades, invades countries, plunders and kills with practices as mafia-like as those of Vladimir Putin, it’s not so shameful.

Who are the real extremists ?

It’s finally time to rise up and ask ourselves what Western comfort is based on, thanks to whom, at whose expense, and with which consequences.

France, thanks to its colonies, its ethically questionnable industries, its war-mongering ex-presidents and its energy mix widely dependent on fossil fuels, has no moral lessons to give.

Now that we have reminded that « imperialism runs and will ever run with fossil fuels », getting out of collective denial is a survival question. Are environmental activists still extremists when they ask to significantly reduce the consumption of fossil fuels and to move towards an energy sufficiency?

Who are the extremists ? The IPCC, which reminds us that there will be no ecological transition without social justice, or the European leaders who turn a blind eye on the Pandora Papers’ 11,300 billions and who introduce themselves as heroes when they seize 3 yachts belonging to Russian oligarchs on the French Riviera?

Who are the extremists ? Is it the IEA that encourages those who can to lower their thermostat a little, that calls for no more investment in fossil fuels, or the States that stop diplomatic negotiations for fear of offending their constituents, while the deaths pile up in Ukraine?

Impossible is nor more an excuse.

This about-face of french politicians on the exit of fossil fuels and sufficiency reminds us of one thing : everything is a question of political will.

George Monbiot reminds of it very fairly this week in the Guardian :

“When the United States joined World War II, it went from a mainly civilian economy to a military one in a similar timescale. Manufacturing, services, administration : all were completely reorganized. Almost everyone, in one way or another, was mobilized to support the war effort. The federal government spent more money between 1942 and 1945 than between 1789 and 1941.”

France is a rich country and he’s widely able to ensure a quick and fair transition. If this is not done, it’s not for a lack of means, but for a lack of political will.. If we are today cruelly dependent on Russian fossil fuels, it is mainly due to dismal political choices. Very late in the energy renovation of housing, very late in the transition to decarbonization of transports, and more globally in all its climate goals.

If the Macron government stopped behaving like a Student Union in a business school whose only ambition is to multiply followers on Tiktok, the french people would not suffer so much from the variations in commodity prices. But it’s never too late to make it right. To ensure a fair transition, and instead of attributing the consequences only on the most precarious households, Bruno le Maire could, for example, ask the 600 french people listed in the Pandora Papers to account and/or go and find the (minimum) 60 billions of tax evasion each year in France?

Will it be enough?

“We have to get out of fossil fuels to stop wars”. Here is what we have been reading and hearing for the past two weeks. This would be indeed a very good news, but not enough.

What is needed is to reduce energy consumption, extractivism. Otherwise, wars will keep going for other raw materials, such as cobalt, copper, uranium, etc. What is needed is to end colonialism in all its forms. It seems to be hard to understand for some, but it’s a prerequisite for a sustainable society. IPCC has just reminded us of it.

What is needed is to end imperialism, whether it is political or economic. Wishful thinking ? How to achieve it ? The facts explained above and the power of concentration lead to this. It’s only by getting out of these ultra-capitalist economies that only benefit to a few people that a certain stability in France and in the world will be possible.

It took the outbreak of a war for us to hear less about Zemmour’s latest antics and a bit more about fundamental issues : energy, french energy independence, the place and role of fossil fuels in the international geopolitical arena.

Fossil fuels kill and keep killing if we don’t stop their excessive consumption. For Ukrainians, for climate, and for each year that happened and will happen if we don’t stop. We have the moral duty to act. Degrowth or war was the title given by Vincent Liegey, who has been welcoming refugees from Ukraine in Budapest for the past two weeks:

I invite you in Budapest to welcome with us every day women and children who are fleeing the consequences of a civilization model that pushes us to barbarism. No, I am not glad that political degrowth failed against the liberal, capitalist and productivist headlong rush and I am not glad facing today this tragedy as predictable as expected. I wish we had chosen sufficiency and sharing before it was too late.

To act and save life, the only missing thing is the political will. No citizen, especially the most wealthy, can continue to live as if all this only happened to others and that we were not responsible. We are, in a different manner. It’s up to politicians to move from words to deeds and to stop lying to the French people.

We do have the means to reduce very quickly our dependence to Russian fossil oils. We do have the means to get out from fossil fuels, a wish now expressed by all of the French political classes. Ecological planning is no longer a dirty word but a duty. That will not happen without any quid pro quo, that’s for sure. As sure as if we don’t change, other wars will happen and we can’t say, in the future, as we didn’t know what was happening.