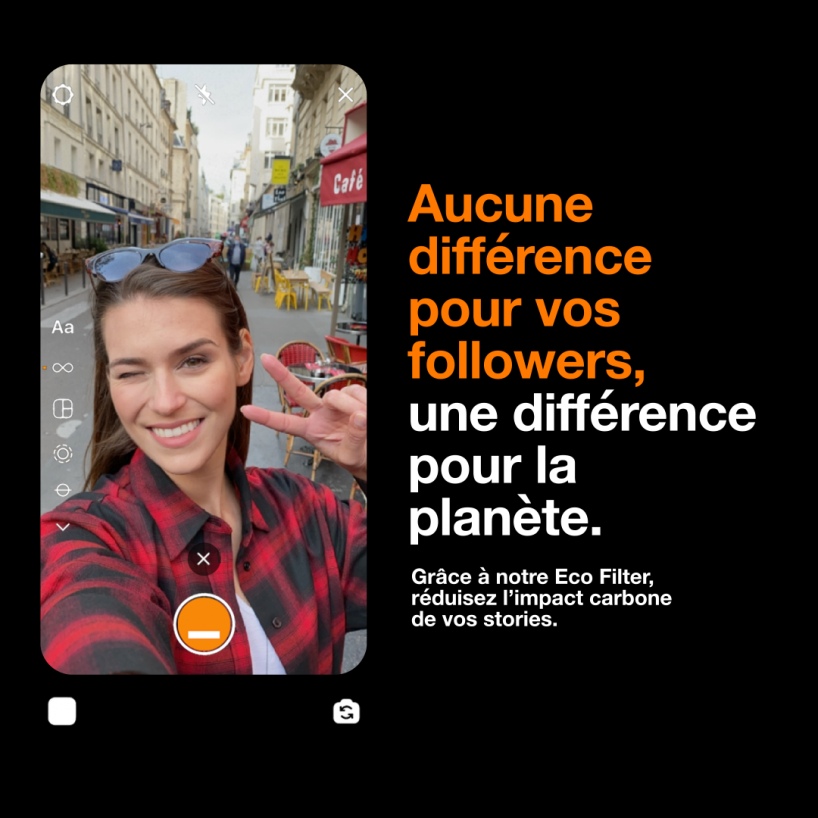 For a long time I thought Linkedin was the ultimate in greenwashing. That was without counting on Instagram, where some companies and influencers are having a field day spreading their deceptive and misleading practices. Even if you don’t have Instagram, it’s still a very good thing to know what’s going on there, to avoid the bubble effect. Yes, there are people further away from Earth than Thomas Pesquet, and I felt that you wanted to meet them.

Spoiler: you may be a little upset while reading the article. I apologize in advance.

Let’s start with the great classic of the moment: carbon neutrality.

Since January 2020, I pay particular attention to all companies that announce their carbon neutrality. Sometimes for 2030, sometimes for 2022, sometimes for life… when this was not already the case since 2007. A nice overbid, which unfortunately is not followed by facts. Not only does the mere fact that a company declares itself carbon neutral make no physical sense, but none of these companies have a plan and/or trajectory to get there.

Below is an example of a company that advertises itself as carbon neutral and delivers items all over the world. This is just one (soft) example among more than 10000: just type #Neutralitecarbone #carbonneutral to see the extent of the disaster.

As usual, you imagine that it is compensated by planting trees, while having absolutely zero questioning of the model of overconsumption in which we are. This article by Jonathan Guyot reminds us why it is important to be wary of “compensation” by planting trees.

Another point is the brands that use influencers to keep selling their green cars. Attention, you will be shocked: a car has NOTHING ecological. So please stop advertising your green/hydrogen cars/etc. If Volvo wants a “Nature’s shock“, let them start by stopping paying influencers to play the Business as Usual. I repeat: a car is NOT ecological. Nothing.

PS: this person (far from being the only one) will have to be informed that “responsible travel” means not going to the other side of the world several times a year. We will come back to this.

Put a filter, save the planet !

Instagram’s latest gem comes straight from Orange and Publicis Conseil, who had the good idea to launch an Instagram and Facebook filter “to reduce the environmental footprint of photos and videos.” Objective: reduce the carbon footprint of photos and videos by 20%. Again, absolutely no questioning of the source of the problem, but a very inadequate band-aid that doesn’t even respect the orders of magnitude.

As a reminder, the problem of digital is first and foremost the construction of the terminals. So you can put this filter on, but if you change your Iphone every 18 months, it won’t do much good. Especially if it is to take better pictures of the products you want to sell in story….

Obviously, we had nothing to expect from Orange and its president who talks about punitive ecology as soon as he is on a TV set. How can you be surprised from someone who thinks that 5G is vital and that without it, France would be lost?

Another Instagram magic is the #Cleanmyfeed. This consists in lowering the energy consumption of the servers that host your photos and videos. For example, you can delete your old publications, or stop following some… I am a little disappointed with EDF, which until now was the company that did the least greenwashing of the CAC40. Well, that was before I met Guillaume Ruchon, aka @guiruch.

Are you ready? It is in 2 steps. Warning: this greenwashing is done by a professional, do not try it alone at home.

Step 2, we promote a trip in Business Class on Singapore Airlines:

BEWARE ! You may not know why this is a problem. That’s why we’re going to move on to the third and final part, the most problematic.

#Travelporn, the hashtag with over 2 million posts on Instagram

Hypocrisy is by far the most unbearable thing on Instagram. I went through a hundred of French accounts where people were bragging about doing their own laundry, or eating organic carrots… and then getting on a flight to the other side of the world… and this, several times a year! Of course all accompanied by #ecolo #vegan4life #loveanimals. “Ohhhh the koala he is so cute !!!” The koala didn’t ask you to cross the globe to take his picture. I even have bad news: there is a chance that by doing so, you increase the chances of him dying in a megafire.

At the risk of repeating it, flying is extremely problematic if we want to fight against climate change. I am the first to be sorry (see the article), but once the orders of magnitude are in mind, we should all take responsibility… starting by not having double discourse! For example, how can you offer an ebook to ‘travel better‘ when you promote airlines and flight comparators on your Instagram account?

Rare enough to note, I will for once take the defense of Nabilla. Even if it has a carbon footprint more important than all the inhabitants of your city, we can at least give her credit for one thing: she never said she was green (as far as I know of course, I am neither an expert nor a fan of Nabilla…) and she did not get paid to sell an eco-responsible lifestyle. There may be nothing sustainable about his lifestyle, but 1) she is free to do what she wants and 2) she does not try to make us believe that she is the female version of Pablo Servigne.

Today, we don’t go on a trip, we “do” a country. “I did Vietnam.” “I did Buenos Aires yeah”. No. You didn’t do anything. You bought a trip, you went to the top 5 restaurants on Trip Advisor where you were stuck between an American and a German who also thought they had a good plan as they were the only ones who had the idea. We no longer travel, we consume. And we consume too much, like everything else.

There is so much to say about the tourism industry that it deserves an entire article. But just like all other activities, everyone will have to question themselves: politicians, companies, consumers. Everyone, without exception. It would be time to ask ourselves when there is a queue at the top of Everest and when there are more cruise ships in the Mediterranean than fish, right?

Of course, after these few lines, you will say to yourself that I am a jealous old man who writes from the bottom of his cellar. Yes, you are right. But not only.

I left my job to (among other things) alert on the climate change and its serious consequences. When I see people who use #travelporn, travel to excess, I tell myself that either they have not understood the issues of our time, or they are selfish, or they are not aware. Luckily, it is overwhelmingly the 3rd choice. Very often, the orders of magnitude are not known.

This is for example the case of Bruno Maltor, a travel blogger followed by 350,000 people, with whom I exchanged during the writing of this article. When I asked him about the carbon footprint of his trip to India, he couldn’t answer me. It’s not so bad! On the other hand, now he knows the answer: it is more than 2x the annual carbon budget target to limit warming to 2 degrees (which is already too much). Here’s why it’s a disaster:

If you don’t know your carbon footprint, I strongly encourage you to simulate it : it takes 5 minutes, guaranteed result!

Thus, I totally agree with the words of sociologist Rodolphe Christin, author of the Manuel de l’antitourisme. He advocates a rehabilitation of travel, the real one, that of long time, uncertainty and adventure, as opposed to the current travel, insatiable consumer of territories put in tourist production, to the detriment of populations and local environments:

We should travel much less. Leave less often, for longer. Reserve travel time for rare experiences. It is because a trip does not come back often that it will turn you upside down and take on an initiatory dimension. The journey begins on his doorstep. The itinerary should be part of it; however, with tourism, the journey is as sanitized as possible, in order to lighten the mental and physical burden of travel.

As greenwashing has no boundaries, it is everyone’s duty to ensure that #cleanmyfeed, #ecolofilter and #travelporn are no more than a bad memory, a temporary nonsense. For those who have the chance to travel, we need to rethink how we do it. The challenge is not necessarily to love the trip as much as the destination, but to get closer to it.

People with influence have a huge responsibility and a role to play: rather than making people who are not aware of climate issues want to go to the other side of the world, let’s alert on the subject, let’s promote train travel, and let’s reduce the number of flight trips. This is the minimum when you want to act against global warming. If you want to learn about these issues, take the time to do so, everything is available, and it’s free!

Still, I want to point out that not everything on Instagram is a throwaway. I follow several interesting accounts and there are most likely hundreds to follow depending on what you like. Like all networks, you can do what you want with it, follow the people you want to learn from, or just enjoy beautiful cat pictures. On the other hand, the green influencer who makes his own laundry on video and who is behind a round trip to Rio… we won’t miss you Robert.