What place for Nabilla in the next world? 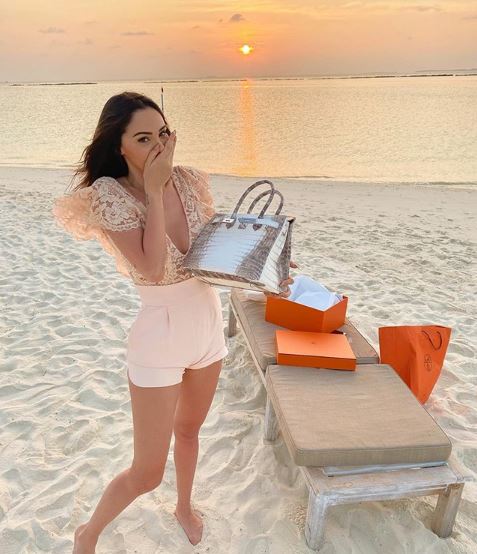 This lockdown has really made the French change and they will prove it on May 11th. The key words will be simplicity, nature, respect of the environment... In short: live a happy sufficiency. So, I am very, very worried about Nabilla. For her, frugality is a concept. If you want… I am not sure that if Pablo Servigne and Pierre Rabhi had a child, they would give birth to Nabilla. So, what will be its place in the next world?

I have always had a deep respect for people who manage to live from their passion. At best, I am admiring, at worst, I don’t give a shit, so much the better for them. Except that when it comes to the environment, we have to think systemically: what we do may not only harm our neighbor, but also his children and future children.

After quick calculations in partnership with a mathematician friend, it would take 153 planets per year to meet the current consumption needs of Nabilla. As a reminder, here is a list of individual actions to take to meet our climate commitments:

As you can see, his final grade is much like his report card grade. Unless I’m mistaken, I didn’t see on his instagram a selfie taken in a Blablacar with an Iphone 6, drinking water from a water bottle. No, in Dubai, the mood is not really about whether they put LED bulbs in the Burj Khalifa tower…. But rest assured, there is hope: she is vegan! I mean, vegan on Sunday. For the handbag in crocodile at more than 300000€, it does not count: she did not know that the crocodile was an animal! She thought it was a rock, like the diamond.

Far from me the idea to lead a crusade against this poor Nabilla. If I were handsome enough to make a living at it, I’m not sure I’d go without! Unfortunately I am ugly, bitter, and work behind a screen 8 hours a day. If there’s an asshole in the story, it’s me.

So I wonder about the role of these influencers and the impact they have. If she still lived her dream in her corner, there would be no problem. Except that there, she influences tens of thousands of people who dream of imitating her, of living the fast life (I’m not inventing anything, I have some in my entourage). Unfortunately, this life in question is an ecological horror and kills the planet on a daily basis. Reassure me, in the next world, her 5700000 followers will no longer find interest in following her?

The light at the end of the tunnel

Remember the tipping point? What if the same thing happened to Nabilla? That she realizes that the new way to go is to be green? I can already see the front page of Paris Match ”Nabilla, the new Greta”. We joke, but very few people in France would have the power to influence the French like her. She still managed to get Brigitte Macron on the phone after a donation to the Paris hospitals during the coronavirus, that’s how much! An absolutely moving scene, full of spontaneity…

I tell myself that in the fight against climate change, we will need everyone, and especially the influencers. Nabilla could be a great lever and I say it without irony: to see her become an ecologist leaves me dreaming! For the simple reason that it has more influence than any scientist will ever have in France.

Even if Jean Jouzel was wearing a bathing suit to explain climate change to us, Nabilla would still have more influence. If you want to understand the balance of power… On my wedding day, I will have 30 likes on my instagram photo. Nabilla, she makes a photo of her foot with a panari in the toe, she has 300000 likes. So imagine the impact it would have if she started to consume ethically by example, and asked her followers to do the same?

We don’t choose our heroines. If in my world, my personal influencer is Valerie Masson Delmotte, it is unfortunately not the case for everyone.

So do me a favor, give him the message. Save the planet Nabilla.