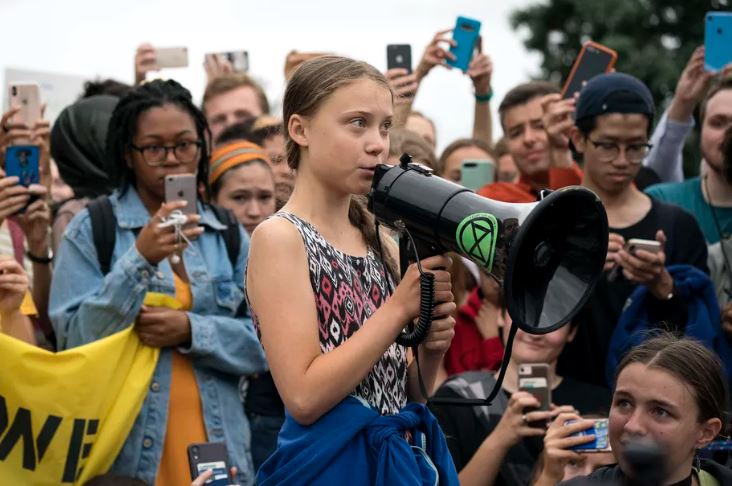 It is true that sometimes we think that the mountain is too high. When Dennis Meadows tells you that it’s too late for sustainable development, and that we need to prepare for resilience, you might want to give up. Live a little selfishly, enjoy without wondering if your activities are harming the planet. Do as the vast majority of people, who by lack of information or denial, live like that. But there is one thing that should keep you hopeful: the social tipping point, when ecological awareness will finally have an impact.

Preliminary to the definition of the social tipping point

Before defining exactly what a social tipping point is, it is important to know that it will originate with citizens, not politicians. I have been working for more than a year on courage and ethics in politics, and I can assure you of one thing: for the past 50 years, no politician has been able to undertake what is really necessary: energy sufficiency. Obviously, this is not selling. Go tell Jean Mich that he must reduce his energy consumption by 6, not sure he will want to vote for you. At least for now.

What we should expect from politicians is that they have a vision. Let him see in the long term. Even if the climate emergency has already been causing disasters for several years, in the political imagination, it is still too far away to be interesting politically. What he sees in the short term are the polls, the next elections. The politician is only doing political recovery. While every act of consumption is a political act, it is our duty to ensure that ecology becomes not a party, but the common ground of all parties.

What is a social tipping point?

In sociology, a tipping point is defined as a point in a social system where a small quantitative change can trigger rapid and non-linear changes. This inevitably and often irreversibly leads to a qualitatively different state of the social system. Invented by Morton Grodzins, the expression was then democratized by Thomas Schelling, or Jean Pierre Dupuy. What interests me here is exactly the ecological and therefore political tipping point. That moment when the politician will say ‘ok, I have to put it in my program, or pass laws, because I have more to gain than to lose’.

NB: be careful not to confuse with the ‘climate tipping points’, these climate points of no return which, if exceeded, will be irreversible for our planet.

I say it over and over again, politics is permanent arbitration. It is up to us, citizens, to reach this tipping point as quickly as possible. But what exactly does it take to achieve it?

What % of the population is needed for a tipping point?

There are several figures put forward for this tipping point. First, there is the 3.5% made famous by Erica Chenoweth. Looking at hundreds of campaigns over the past century, Chenoweth found that nonviolent campaigns are twice as likely to achieve their goals as violent ones. And while the exact dynamics depend on many factors, it shows that it takes about 3.5% of the population actively participating in protests to ensure serious political change. Although much criticized, especially for its methodology and choice of indicators, this has not prevented movements such as Extinction Rebellion from highlighting this 3.5% as a note of hope.

According to American columnist Malcolm Gladwell, this famous tipping point is somewhere around 10% of a population, the threshold at which a committed minority adopting new behaviors can change the social norm and pull the silent majority along with it. This is also the opinion of Christophe Itier, High Commissioner for the Social and Solidarity Economy and Social Innovation. He explains that a tipping point is possible to change behavior if a critical mass of 10% of convinced actors is reached.
Many politicians have this 10% in mind. I’ve heard it before in political debates, and especially from a guy with big eyebrows, whose wife’s name is Penelope… But not Javier Bardem, idiot!

PS: for those who wish to push the analysis, here are 2 links 1& 2. The authors set out to identify a set of Social Tipping Elements (STEs), i.e., particular socio-technical-economic subsystems in which a significant amount of greenhouse gases is at stake. To qualify, systems must share a singular characteristic: “A small change or intervention in the subsystem can lead to large changes at the macroscopic level and drive the system into a new basin of attraction, making the transition difficult to reverse.”

PS2: ‘Funny’ to see that STE3 ‘Financial market: Fossil fuel divestment’ can be extremely fast. This is why I insist on the role of finance! It’s all very well to sort your waste, but if JP Morgan stops lending billions to oil companies, it will have a little more impact! Order of magnitude …

I owe this parallel to Marie-Véronique Gauduchon, a brilliant woman who has worked for WWF and Carbone 4, among others. In his book L’équation du nénuphar (The Water Lily Equation), Albert Jacquard tells the story of a water lily planted in a lake, which has the hereditary property of producing another water lily every day. After 30 days, the whole lake is covered by the descendants of this water lily and the species dies suffocated, deprived of space.

Beyond the famous question ‘after how many days will the water lilies cover half of the lake‘, we can very easily draw a parallel with citizens and the climate: at what percentage of the population will we reach the tipping point?

No universal rule for the ecological social tipping point

The tipping point concept is applied to a wide range of change processes, from ice sheet dynamics to societal transformations. Apart from the fact that the term ‘tipping point’, from a sociological point of view, is rather recent, there is no exact percentage that is scientifically proven today. These ecological tipping points will be heterogeneously distributed in time and space. In other words, it could be 2, 5, 10 or even 15% depending on the country. It may also depend on the strength of the event. If 1% of the French population sits in front of the Elysée Palace to demand very strict and progressive laws for the climate, it will certainly have more impact than 5% of the population grumbling behind a computer on Facebook.

Until today, this has never happened: obviously, the vast majority of people who demonstrate do not have the financial means to not work for a month or two. But when the richest part of the population realizes that it will also be affected by climate change, perhaps it will start to act, too.

It is exactly these social tipping points that keep me hopeful. This is exactly why I work so hard: I will not sleep peacefully until energy sobriety is at the heart of the French political agenda.
It doesn’t matter if you look like a fool to those around you: set an example. Keep in mind that an informed/convinced man is worth two. Without a doubt, the road will be long, demanding, hard and exhausting. But if you are convinced that we are heading for the wall if we don’t change, don’t give up, think of the lily pad equation. And then having the role of Cassandra was much harder in the 80’s than today! It doesn’t matter that the ecological tipping point is difficult to quantify: once an idea or rumor is launched, nothing can stop it.