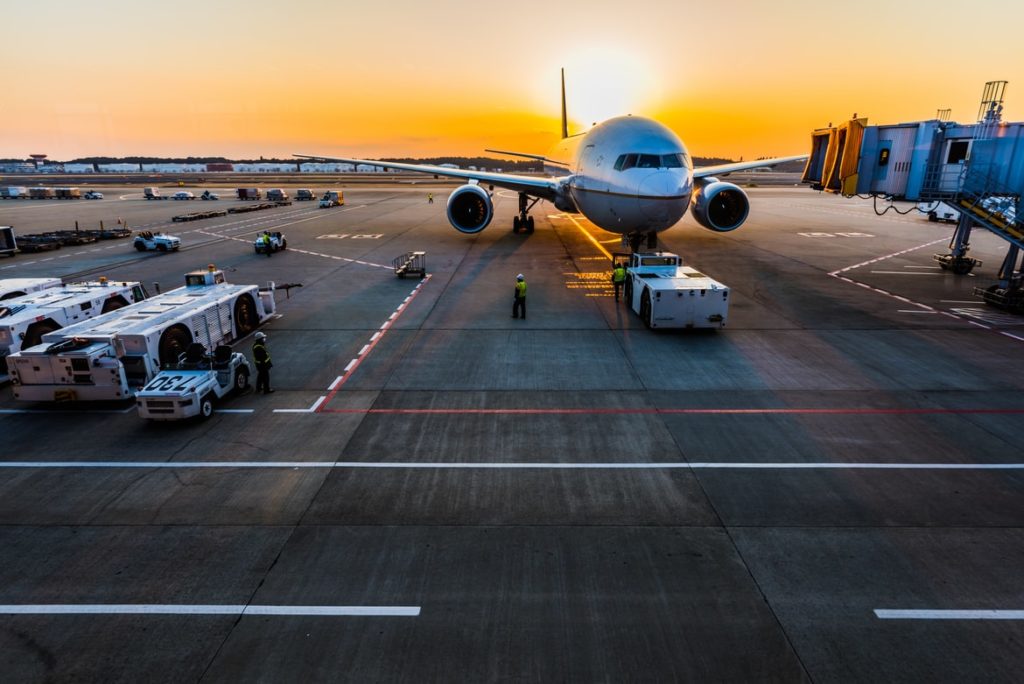 “Is a carbon neutral airport possible? I have a doubt…is this greenwashing?”

This is an important issue as we will be dealing with it regularly in the years to come. Indeed, announcing oneself as “carbon neutral” is part of the great waltz of greenwashing by companies and governments. Announcements are pouring in: after Nice airport, Lyon airport has just announced its carbon neutrality! A wonderful world where everyone is green, benevolent, and especially carbon neutral.

This is obviously not true. “A carbon neutral airport is like a fair trade Kalashnikov“.

There are 4 problems that are easily identifiable and often transferable to other activities:

Recent communications from carbon-neutral airports are far from isolated cases. In Europe alone, there are currently 47 airports accredited in 16 countries at level 3+ of “neutrality”, which represents 24.6% of European air passenger traffic.

First problem. The airport is certified “carbon neutral” by ACA, the Airport Credit Accreditation. If we look into where this comes from, we find that this program depends on ACI, the Airport Council International, an association of 500 airports across Europe. Um, self-certification?

We were used to the aviation industry, the same one that sets its own emission accounting rules through the ICAO. You might as well ask Jérôme Cahuzac to set the rules for tax evasion…

2/ The calculation method and the figures opacity

Then comes the calculation method to obtain this carbon neutrality. As all too often in these cases, the number one problem is always the same: the opacity of the figures. Let’s take the Nice airport as an example, which is pretty much everything you shouldn’t do.

On the Nice airport website, when you try to understand how they managed to make their airport carbon neutral, you come across this sentence: “independent calculations at Nice Côte d’Azur airport”. Trying to click on the source…

And no, no source! No connection. No details. “approximately 71 grams of CO2 equivalent the volume of greenhouse gas emissions per passenger transiting through the Nice terminals”. In-house calculations ? Without details ?

The next sentence is worth its weight in gold. “in the expectation of no longer emitting and being able to go as far as absorbing emissions induced by flight activities“. They’re doing the net zero negative thing again…

But here we have a small problem of perimeter, no?

3/ What about the flights?

The best part of this magic trick is that a carbon-neutral airport manages to be carbon-neutral… by not counting air traffic emissions.

We would like to remind these airports that an airport without flights works much less well! Scope 3 is therefore missing here: emissions from flights. By excluding traffic emissions, it is immediately easier to be neutral…

As a reminder, not counting scope 3 is a classic example of corporate greenwashing. You will quickly understand why by visualizing its weight compared to the scope 1 and 2. Definition and explanations below with 2 graphs:

Scope 3 emissions sometimes account for up to 90% of emissions. These companies are therefore playing with carbon accounting, by not taking into account either scope 3 or the consequentiality of their activity.

Unfortunately for these airports (and fortunately for the citizens), a great site has just been released: Airport tracker. It shows which airports are the most polluting, WITH scope 3 (i.e. emissions from air travel). It’s not the same at all…

For example, here are the figures for Nice airport. It is obviously more complicated to plant trees to compensate the annual emissions of 387500 cars…

Also, the figure per passenger is 94g/km, not 71g/km as announced by Nice airport and its “independent calculations”. Any figure that is not justified has no value and should not be used as a marketing argument for an airport that tries to pass itself off as greener than it is.

The site’s home page also shows where airport activity is concentrated on the world map: the North. The top six most emitting airports are Dubai, London (Heathrow), Los Angeles, New York (Kennedy), Paris (Charles de Gaulle), and Beijing. 0 in a ‘southern’ country. It must be said and recalled: it is a sign of climate injustice. The excesses of some will be paid for in large part by others. In this case, the countries of the South and the AOSIS.

Now we come to the last critical point: compensation.

There is still confusion about the terms zero emissions and net zero. What carbon neutrality aims at is indeed the net zero level: “a state of equilibrium between man-made greenhouse gas emissions and their removal from the atmosphere by man or by his actions”. This does not mean not emitting, but offsetting as much as the emissions emitted.

This means that you could potentially continue to increase greenhouse gas emissions if you found a way to offset them. This is one of the dangers of this famous carbon neutrality 2050, achieved by technological innovations or by planting trees. This type of scenario is highlighted in the Paris Agreement, and by the various IPCC scenarios, including the only one that would allow us to limit warming to +1.5°C.

This is obviously a scandal, since neither tree planting nor carbon sequestration and capture live up to their promises.

If we take the example of Nice airport, they have absolutely not foreseen a decrease in air traffic, since they want to maintain its expansion, with excuses from an other centurye. In the midst of a climate emergency, not wanting to change the economic model by relying solely on technological innovation and carbon offsetting is not only dangerous, but above all irresponsible, given the consequences of global warming.

As you can see, a carbon neutral airport is nothing but a big lie.

We are in the middle of an ecological emergency, and the leaders and politicians continue to put the means to facilitate the increase of air traffic, precipitating a little more our climatic future in a wall. They are irresponsible. Fortunately, employees who are more lucid than their managers realize this and want to plan a reorientation of part of their industry to avoid a social drama.

We must collectively remain vigilant and systematically denounce this greenwashing. It takes 5 minutes, and for a large majority, the complaints are winning!

If you don’t know (yet) why air traffic is a problem, I strongly advise you to take 5 min and read this article, then simulate your carbon footprint: guaranteed effect.