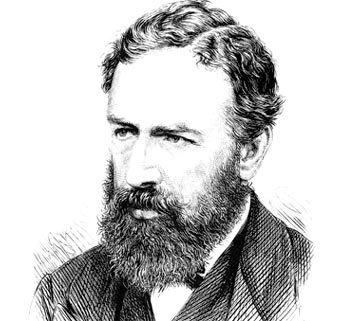 After tackling greenwashing and carbon neutrality, it’s high time to tackle the 3rd student of the triptych ‘I don’t need to change anything! Thus, I present you ‘energy efficiency‘. More subtle, more cunning than the first two, but terribly effective and very used by our favorite polluters. However, and this message is addressed above all to the Elon Musk apprentices: you can’t be credible if you don’t know Jevons Paradox and its little brother, the rebound effect. ”Technology will save us!!!’With 5G we will save the planet’‘ ”I will be able to watch reality shows in the depths of the forest !!!!”. Not really no.

What is the Jevons paradox?

William Stanley Jevons became famous with an essay published in 1865 entitled The Coal question. Famous because Jevons paradox is increasingly cited in economic debates, although its interest has been very low for a hundred years. It was the two successive oil shocks, among other things, that brought it back into the spotlight. The concept of the Jevons paradox is very simple:

The graph above illustrates Jevons paradox. It shows the cost of one unit of artificial light (one hour of lighting equivalent to a modern 100 watt incandescent bulb) in England over the past 700 years. The currency unit is the Pound, adjusted for inflation. The dramatic decrease in costs reflects an equally dramatic increase in efficiency.

Does all this efficiency mean that the British use less energy for lighting? Absolutely not. Declining costs have led to a dramatic increase in demand and usage. For example, the average UK resident in 2000 consumed 75 times more artificial light than his or her ancestor did in 1900 and over 6,000 times more than in 1800… Much of this increase was in the form of exterior street and building lighting. So we are in the midst of Jevons’ paradox: large increases in efficiency have led to large cost reductions and large increases in lighting demand and energy consumption.

Furthermore, the energy efficiency discourse has played an important role in our society and economy for many years: it enables growth. The idea of efficiency allows most people to believe that we can double or quadruple the size of the global economy while reducing energy consumption, waste production and resource depletion. Energy efficiency is one of the most important bullshit myths of our civilization. The concept of efficiency (included in Article 4 of the Paris Agreement) without limits has been deployed to give the green light to the endless growth project, so dear to our politicians.

What about the rebound effect?

Jevons’ paradox is very often expressed in the press by its little brother, the rebound effect. The principle is essentially the same. Here is a definition given by F. Schneider, 2003: “increase in consumption related to the reduction of limits to the use of a technology, these limits can be monetary, temporal, social, physical, related to effort, danger, organization…”

Let’s take the example of a car. It used to use 17 liters per 100, and now uses 10 liters per 100. It will cost less to travel the same distance, and require fewer liters of gas. On the other hand, because of his savings, the driver will tend to drive more and drive longer distances, thus creating a rebound effect in gasoline demand.

PS2 : in his book, Jevons does not mention once the rebound effect. His statement differs slightly: “everything that leads to increasing the efficiency of coal and decreasing the cost of its use, has a direct tendency to increase the value of the steam engine and to enlarge the field of its use.”

How to distinguish between direct and indirect rebound?

Let’s take the example of our friend who surfs on the internet: going from 1 to 10 MB/download will make him spend 10 times less time downloading his Aya Nakamura song. However, the time saved will be reinvested in the same activity: instead of downloading one song, he will download 10. Result: same energy consumption, same GHG emissions (and 10 times more auditory pollution, because Aya Nakamura…).

Indirect effects are much more difficult to calculate and estimate. Let’s imagine that an internet provider innovates and finds a way to sell you an internet package not at 30€/month, but at 10€. Those 20€ saved will most certainly be reinvested elsewhere. Can you see it coming, the Michou who saved 300€ of internet, and who will be able to afford a return trip from Paris to Valencia for the weekend?

Here is another example with a more fuel-efficient car shown in the figure below, with examples of direct and indirect pathways that can lead to increased energy consumption:

Key points to remember about the rebound effect:

Like Jevons paradox, the Khazzoom-Brookes postulate is a counterintuitive deduction about efficiency. When individuals change their behavior and start using methods and appliances that are more energy efficient, there are cases where energy consumption actually increases on a macro level.

Khaazoom and Brookes’ work began after the OPEC oil crises in 1973 and 1979, when the demand for more fuel-efficient automobiles began to increase. Although better fuel efficiency per vehicle was achieved, overall consumption continued to increase. Some economists love to say that there is no causality between fossil fuel expenditure and GDP growth rate, but we can still have some doubts:

To learn more about the Khazzoom-Brookes postulate, this video with the French researcher Flipo is very interesting.

Finally, one last point on a piece of language that is still far too much a part of the vocabulary of climate change denial. Many people still think that we will discover a perfectly clean technology, which will allow us to have unlimited energy, and to continue our way of life (ecocide). This clean technology is what Nordhaus calls backstop technology. This famous saving technology that will save us all.

I have bad news for you: we don’t have a single find on this side. If a friend tells you that nuclear fusion is for tomorrow… Obviously, the most optimistic are counting on the beginning of experimentation at the beginning of 2040. So it will be functional in… 2050 ? In the meantime, it’s 2022, and scientists still don’t know what materials will contain fusion over the long term.

As well as other works, such as The Limits to Growth, or Democracy in America, I can only recommend you to read ‘The Coal question‘ by Jevons. His book is much more than the 5 sentences we refer to when we talk about the Jevons paradox. He talks about energy sovereignty, population migration waves due to energy, consumption and the end of energy abundance. These questions are more relevant than ever.

Again, I emphasize the need to rethink our consumption, and to keep Jevons paradox in mind when someone talks to you about energy efficiency. the idea is not to question the importance of improving energy efficiency, as it can provide multiple economic benefits in addition to real energy savings. However, for all the limitations outlined below, we can be quite concerned that the rebound effect (and/or Jevons paradox) is too often overlooked.

I’ve had the pleasure of debating with engineers from the automotive sector, from the aviation sector, and they didn’t know about this paradox. This is both sad and good news! I wish that every engineer, every creator would keep in mind the social and environmental consequences of his or her work, and rectify the situation while there is still time.