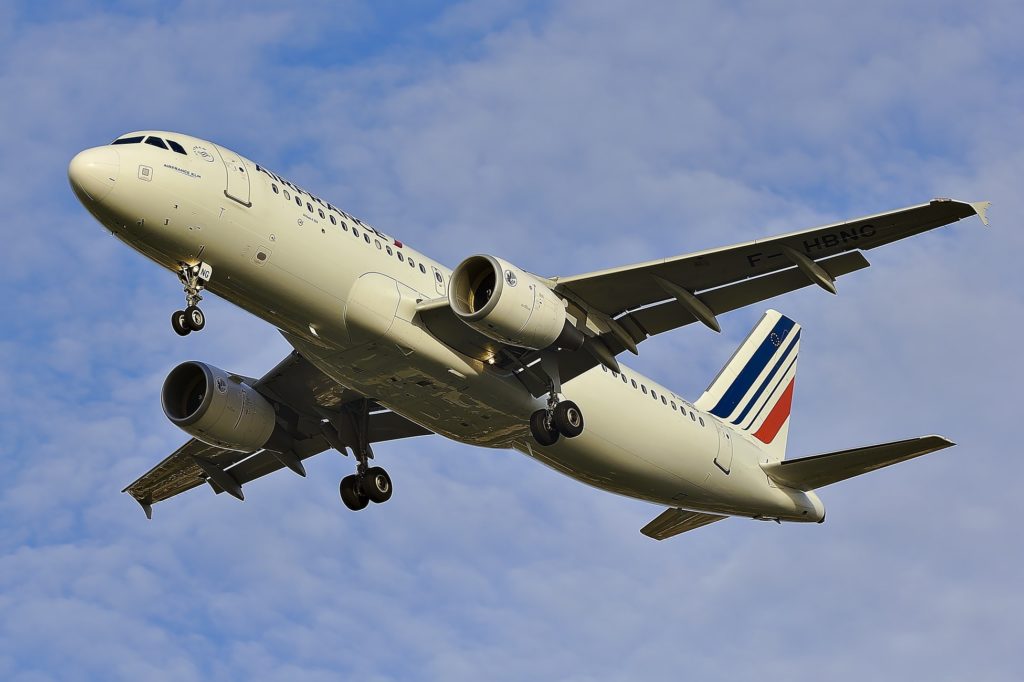 We all know about job blackmail. The Covid was certainly the best time to practice. Thousands of people have heard phrases such as “we will have to cut your salary by 20%. It’s that, or we’ll have to part with you“.

Not surprisingly, those who have promoted social inequality for decades are now using the social issue as an argument against fighting climate change. One of the best French examples is certainly Jean-Baptiste Djebbari, a gigantic troll on Twitter, an aeronautics salesman and incidentally Minister for Transport. When it suits him, he is on the side of the poorest:

Let us remind Jean-Baptiste that flying is already the transport of the rich:

Beyond social inequalities and climate injustice, some people do not hesitate to ride the wave to consolidate the only thing that matters to them: power.

Despite what some people think, our politicians are far from stupid. From a certain level, everything is electoral arbitrage. For example, Ms. Pompili knows the climate issues very well, and it is with full knowledge of the facts that she says “there is a will, in this period, to go smoothly. Translation: the presidential election is less than a year away, we are not going to lose electoral votes stupidly.

As we saw in the article on ecological name and shame, in addition to the power of politicians, it is now the economic powers that rule. You will find the same language among their leaders as among our politicians. Able to change at the speed of a start-up to make money, a little less when it comes to regulation and sustainable long-term policy. Change, but smoothly.

So in 2021, you will still find company chairmen or CSR managers telling you that they are already doing everything they can for the ecological transition. That they can’t do more, and that they’re not going to put people out of work. “You are completely unaware!” These are the kinds of answers you hear when you ask for a quick and radical change.

So let’s remember one thing: climate issues are not new. The Rio conference was in 1992. Since then, international events and conferences to raise awareness of the situation have multiplied. So have the disasters. Almost 30 years of fine words in which no large company has been able to put on the brakes and make the necessary change. 30 years of climate inaction, of Business as Usual, where profit (and therefore power) came before everything else.

What is irresponsible (and therefore unacceptable) is that the cost of the consequences of global warming above 1.5°C will be greater than the cost of not exceeding 1.5°C. It is therefore in the interest of these companies, even from an economic point of view (in the medium and long term), to change.

All sectors are concerned

Even if all sectors have to move towards a sustainable economy, some sectors still use green job blackmail much more than others. They are the ones who have the least interest in changing, the most to lose at the moment if a strong regulation were to arrive. Let’s take some concrete examples.

The banking industry : with 530 billions of fossil assets, a fall in the value of the assets would put their sustainability at risk. With a business model focused solely on short-term profit, the big banks have no interest in changing. You will never hear an executive of a major bank say this, but you will hear him or her say that in the event of a crisis or sudden regulation, this would cause an unprecedented financial crisis and that he or she would be forced to shed staff.

Why change, when everything is going so well in the world of green finance? BNP, the bank for a changing world, is the leader in this sector! First yes, there is no doubt about it:

Another example that will surprise no one is the aeronautics industry and its completely out-of-touch leaders. Air France is a textbook case of absolutely everything you shouldn’t do in management. On the one hand, we have scientific research that says we need to reduce air traffic in the short term to meet climate targets. On the other hand, Air France, which survives on French government subsidies, is cutting thousands of jobs during the Covid crisis…

Do you think the President has a long-term vision? Not really, especially when she tweets ‘every gesture counts!’ about changing the champagne glasses in economy class. But of course, aviation is a growth sector that will create thousands of jobs, the hydrogen-powered flight is coming, and changing the business model is out of the question.

“We, the workers, have the keys to the solution and must organise ourselves on the climate issue as well as on employment. “

Fortunately, some employees are much more responsible than their managers. We have seen in France over the last few years managers leaving their jobs because the dissonance was too strong, employees fighting internally to change things, and trade unions anticipating the social crisis ahead of them without a change of direction from their company.

In this article from Médiapart, we find several testimonies from employees who are considering putting their skills to work in jobs that will allow for an ecological transition:

“The aeronautics workers have realised that they have know-how in boiler making that they can use for the railways, wind power
or photovoltaics. And the workers in the design offices, that they could, in particular, put themselves at the service of the energy renovation of housing, explains Maxime Léonard. There is a crisis of meaning, and we want to use this as the basis for our popular education approach. We, the workers, have the keys to the solution and must organise ourselves on the climate issue as well as on employment.

This should be the vision of any business leader who understands the challenges of the 21st century. Taking action means getting out of denial and ensuring that thousands of employees do not become unemployed overnight. This goes against the grain of their management, which swears by the green flight or green energy. The reality is often much less cheerful and brings them right back to earth:

These sectors are just a few examples. We could also have mentioned the tourism industry: how to become sustainable and what would be the consequences in the most visited country in the world? What will happen to ski resorts in the next 30 years ?

Today, it is no longer creative destruction that we need, but for some to stop their destructive creations. Let’s stop waiting for jobs in unsustainable sectors to be destroyed and create jobs in innovative sectors.

There is no doubt that change is needed. Leaders who take a short-term view and play the blackmail card are simply irresponsible. Not to bring about these changes is to persist in a procrastination whose social cost and environmental consequences will far outweigh the investments needed to change the economic model.

If environmental activists are calling for these changes, it is not out of pleasure: it is out of necessity. Unless one is stupid and malicious, no one wants to see employees of Total or Airbus unemployed. No one at all. So let’s stop this ridiculous job blackmail and think collectively about preparing a sustainable future through an ecological economy.

The management of these companies, as well as the employees, must recognise that small changes will not be enough. Those who call for radical change are not crazy. The fools are those who think that Business as Usual is not a problem and that we can continue as we are doing now. Changing the song will not be enough: you have to change the orchestra.