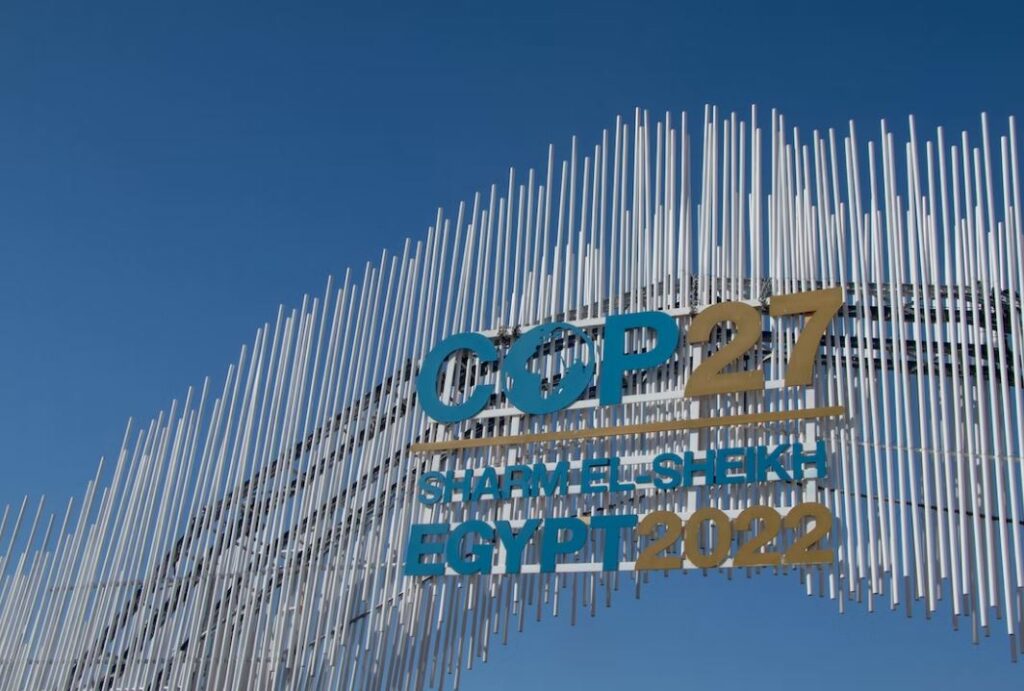 COP27 ended with more than 24 hours delay and with a sense of unfinished business. While progress has been made, including the commitment to establish of a Loss and Damage fund, fossil fuels are yet to be mentioned in the final agreement.

This disappointment contrasts with the 636 lobbyists from the coal, gas and oil industry attending (+25% compared to COP26), and who will leave with a feeling of a job well done. What can we expect from a COP where the number of fossil fuel lobbyists is greater than any national delegation (with the exception of the United Arab Emirates)? Well, not much.

But when the lives of millions of people are at stake, we have every right to expect governments to make commitments. Between the non-respect of Human Rights, greenwashing and fierce negotiations behind the scenes, here is a summary of what happened during these two weeks in Sharm el-Sheikh, Egypt.

Preamble: a COP is not here to save the world

More than 40,000 people from 192 countries travelled to Egypt to negotiate on crucial topics such as: reducing emissions, climate adaptation, loss and damage and climate finance. There were many comments before and during the event on what the outcome of COP27 would be, but as always, we had to wait until the very last few days, or sometime until the very last few hours, to see the outcome of negotiations and their inclusion in the final agreement.

When I say “there were many comments”, I am referring to the small bubble of people who are actually interested in climate change. Indeed, COP 27 did not get the media coverage it deserved, especially when compared to the media coverage of a member of Parliament being insulted on a PrimeTime live TV show on French TV, or of streamers playing football at the Jean-Bouin stadium. There also seemed to be less enthusiasm for COP 27 than for COP 26.

We often hear that COPs are useless, but it does not reflect the reality. Yes, it is true that GHG emissions are still not showing any sign of steady reduction and that the atmospheric concentration of CO2 is not near plateauing. But it would be wrong to say that COPS are useless.

You might ask yourself instead: “where would we be without these COPs?”. Some helpful reminders before going into the details of COP27:

The bad news is that the climate commitments made by Governments have not really progressed since COP26 and, as they stand, are leading us to a world that is well above the +1.5°C target, reaching +2.4°C, if the commitments for 2030 are met (ranging between +2.9°C and +1.9°C according to Climate Action Tracker). Further, some States have yet to update their commitments, and there is no sanction mechanism in place, if a State does not keep to its promises.

Let’s emphasise again that promises only bind those who believe in them. According to Global Carbon Project, global CO2 emissions are likely to exceed the pre-pandemic peak of 2019 and set a new record at 36.6Gt of CO2 (with a range of uncertainty between 0.1% to 1. 9%). Yet, no country in the world has a credible plan to achieve Net-Zero.

This means that neither France, nor the United States, or China, or the European Union, etc. have a credible short- and medium-term action plan. Committing to achieving Net-Zero by 2050 is nothing more than a distraction that allows business as usual to continue, therefore reducing the possible levers of action for future generations.

Historical moment at COP27: a fund for Loss and Damage

The agreement, after more than a decade of negotiations, to provide for a loss and damage fund by COP28, is probably the one positive outcome that will be remembered of this COP27. As a reminder, loss and damage are inherently linked to climate change.

It was in the last 24 hours of COP27 that the EU and a group of 134 developing nations, including China, reached an “agreement in principle” to set up a fund for loss and damage.

This is an historic milestone for many countries and climate activists who are constantly reminding us that we cannot talk about the climate crisis without talking about climate justice. A transitional committee has been created to work out the details and modalities for the implementation of the fund. The Committee will have to determine who is eligible, who pays and how much, for it to deliver on its promise, and this will need to be closely monitored.

Indeed, how can we expect to see the hundreds of billions needed to pay towards loss and damage, when the promise to channel $100 billion annually to help less wealthy nations to adapt to climate change and mitigate further rises in temperature (climate finance) has yet to be met? So far, funding pledges for loss and damage are around $340 million. A ridiculous and largely insufficient amount to pay for the irreversible damage caused by the Global North, especially when compared to the billions in profits made by fossil fuel companies.

However, acknowledging that loss and damage exist as a result of climate change and setting up a fund to pay towards them, is not something to be underestimated. We should have more clarity in the months and years to come. The fact that all countries attending (represented by “parties”) have agreed to acknowledge that anthropogenic/man made climate change has irreversible consequences, and that we must pay towards loss and damage, marks the beginning of a new era. If even the Saudis are able to acknowledge it, maybe the adepts of the Solar Cycle theory, who are way too active on social networks, will also see the light and realise that global warming is not a natural phenomenon.

Among the several issues discussed during the two weeks of negotiations at COP27, some deserve particular attention (and I will write separate articles for each, like I did for the Article 6 or climate finance).

However, no concrete progress has been recorded since COP26, and the same interrogations continue with regard to the implementation of concrete measures.

Oil and gas: the elephants in the room

If COP27 falls short of being a failure thanks to the few progresses outlined above, there is still an elephant in the room which, once again, seems to have slipped through the cracks.

A 10-year-old child can understand that phasing out of fossil fuels is crucial if we want to put an end to global warming, yet, it has yet to be included in an agreement concluded by a COP. Some countries have pushed for the words “oil” and “gas” to be included in the Sharm el Sheikh Agreement, but others, such as Saudi Arabia, Iran or Russia, have strongly opposed it. This is not surprising. These countries defend their economic interests above all, even at the cost of the lives of millions of people on Earth.

The sentence “phase out all fossil fuels” was suggested for inclusion into the final agreement until the last minute of the negotiations, but in the end, the same text that for the COP26 agreement was used: the “phasing out coal” and the end of “inefficient subsidies” to fossil fuels. No progress then, even though we know that historically coal-fired power plants and CCS (Carbon Capture and Storage) do not mix well (2 documents to read here, and here).

Many specialists in climate negotiations shared their disappointment, including Laurence Tubiana, who did not mince her words on Twitter: “the Egyptian presidency has produced a text that clearly protects petro-states and fossil fuel industries”. The mere fact that there is only one mention of fossil fuels in the final agreement is not only a scandal, but it shows how far we still have to go before we can even begin to hope to achieve Net-Zero.

Governments still can’t agree to reduce their production of fossil fuels, even though it is an obvious solution to limit global warming, but they nevertheless agreed to create a fund for loss and damage. In other words, they’re telling us: “your house may burn down, but don’t worry, we will pay for the repairs…”. That is, if they ever agree on who pays and how much.

While COP26 was sometimes heralded as a success, COP27 was not. Even Agnès Pannier-Runacher, French Minister for the Energy Transition, an expert in greenwashing, admitted that the COP27 agreement was not “as ambitious as we, French and Europeans, would have liked”.

If we can speak of historic progress on loss and damage and the creation of a dedicated fund, there was still no commitment to phase out fossil fuels. Even the latest IPCC reports and thousands of scientific papers, are still not enough for leaders to take their responsibilities at COPs. Climate inaction kills, and people who are blocking agreements to phase out fossil fuels are, indeed, criminals.

Finally, let’s be clear that if the fight against climate is making very little progress, it is less because of the actions of climate activists throwing soup at a window, than those of governments and fossil fuel lobbyists, who do everything they can to sabotage the negotiations.

What I wrote at the conclusion of COP26 is still valid for COP27: we should not expect miracles from a COP and understand that the majority of solutions will come from elsewhere, in particular from citizen mobilisation. We must continue to use all levers available to us to fight against climate change, at every and all levels of our societies. Dubai, where the COP28 will take place, is not really a model of sustainability, so at least we can manage our expectations.