Are 100 companies responsible for 71% of global emissions? 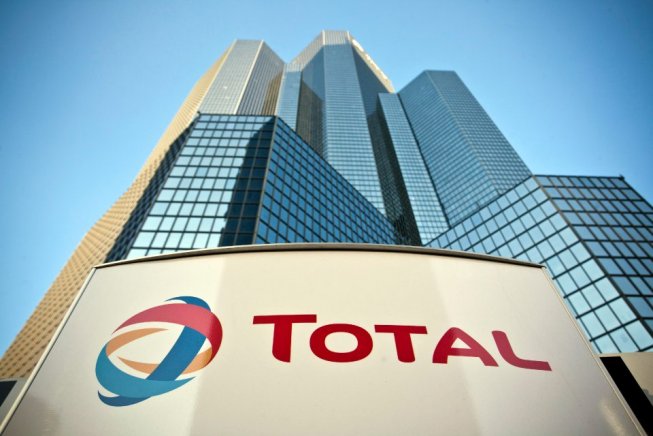 100 companies are responsible for 71% of anthropogenic worldwide GHG emissions! Start by asking them to make an effort!

In 2017, a report by the Carbon Disclosure Project had a significant media impact. In fact, it was the first ever report relying on a worldwide GHG emissions database for past and present emissions at a company level. A terrible spotlight for 100 companies that “are” responsible for 71% of worldwide emissions.

5 years later, this number is still widely communicated. Even though this figure has had its impact on climate change accountability, it is often misunderstood, misinterpreted, and leads to the worst situation : climate inaction.It is highly probable that many people who communicate on this figure have not read the mentioned report.

100 companies responsible for 71% of GHG emissions: where does this figure come from?

Before going into details of the reports media impact and limits, let’s focus on its main methodological aspects:

What are the main conclusions of this study:

This report was very clear and alarming with regards to the risks related to the non-stop expansion of fossil fuel extraction : “If the trend in fossil fuel extraction continues over the next 28 years as it has over the previous 28, then global average temperatures would be on course to rise around 4ºC above pre industrial levels by the end of the century. This would entail substantial species extinction, large risks of regional and global food scarcity, and could cross multiple tipping points in the Earth’s climate system, leading to even more severe consequences”

Attributing emissions as done in this report is not related to any physics principle. The cumulative methodology is a political decision. Carbon footprint is a great example in understanding different reading perspectives. Emissions can be attributed to the product consumer (Michael in his car), the company (that extracts and sells fossil fuels) or to the investors (asset perspective, for example Greenpeace and Oxfam study, 63 billionaires).

The CDP report has a different methodology than the consumption perspective. Each methodology has its benefits and limits, can be complementary, and based on the situation some are more meaningful than others. This report is very clear in putting the spotlight on these 100 companies that provide fossil fuel energy, but lacks information on the economic system they respond to.

Page 12 of the report, you might be surprised to learn (or not) that “Fossil fuel companies can contribute to the transition by reducing operational emissions, shifting to lighter fossil fuels, engaging in the deployment of CCUS (Carbon Capture Utilization and Storage) and other carbon-offset options, and diversifying their portfolio of primary energy products to encompass renewables. These measures all contribute to a decoupling of growth and emissions, which will maximize the growth achievable by a company under an emissions cap.”

Allow me to question whether those who repeat “100 companies are responsible for 71% of GHG emissions”’ have read or understood the mentioned part of the report. Shifting to greener fossil fuels and carbon offsetting do not make for the systemic change as crucially reminded to us by the third pane of the last IPCC report.

Recentering the debate, a slight success

For decades, climate change responsibility has been aimed at individuals. The Macron government is a perfect example of redirecting responsibility towards individual action, as it proposes alternately to stop sending funny emails to friends, or to shut-down the wifi. Commonly used by climate-reassurists/climate-enthusiasts, this message is the worst enemy in the fight against climate change and a clear path towards climate inaction.

The scientific community is clear, we need a systemic change if we want to see a real ecological transition happen. It belongs to private investors, States, local communities and companies to embrace this systemic change. This report has managed to slightly recenter the debate on who has the ability to change and therefore must.

This report also reminds us of the historical contribution to climate change played by these companies. For decades their activities have contributed to global warming, yet some still deny their responsibility. As an example, Total knew since 1971 that its activities had a significant impact on global warming but spent hundreds of millions of dollars to spread doubt. Given the past, present and future fatalities due to climate change, this company should be accounted for much more than any citizen that does not have any other choice than to fill his tank to continue living.

Even though the media coverage of this report was quite big, it didn’t significantly impact any decision made by these companies or any State. New data from the IAE and OECD shows that support to fossil fuels in 51 countries has nearly doubled to reach 697,2 billion USD in 2021, against 362,4 billion USD in 2020, the cost of energy having increased with the rebound in the global economy.

Fossil fuel producers have twice as much chance to win each time. On one hand, climate action is an individual responsibility. On the other hand, individuals are quite powerless and their individual mitigation actions are insufficient to engage a real change.

Also, let’s not forget that climate responsibility is a common task, but differentiated. We are all responsible, but any citizen who hesitates between heating and eating is less than TotalEnergies, governments or billionaire Bernard Arnault who could help support thermal renovating more than 5.2 million thermal sieves in France.

Therefore, anybody who claims “we French aren’t responsible” is irresponsible. It is a risky position to be exposed to criticism from those who await no less than a misstep to discredit the will to change the system, and to prolong the current one. Climate justice is crucial, and a successful transition policy will demand significantly more efforts to the wealthiest. Telling your friends Julie and Jean-Marc who love traveling to Tahiti for their vacation and heat at 25 C during winter they aren’t responsible for climate change is also completely false and inaccurate!

We need systemic change for all citizens to head towards more simplicity/sobriety, and will need both individual and collective measures. Each ton of carbon emitted has its impact, each ton counts!

If this report has shown a certain interest and managed to recenter the debate on climate change responsibility, understanding its limits is essential to avoid climate inaction. The media coverage of the report focused much more on the now famous “100 companies responsible for 71% of GHG emissions worldwide”, than on its methodology and limits.

As such, many people misinterpreted the present report, some who wished to do good, but also damaging exploitation by those who work for the system to live on as long as possible. Aiming the entire responsibility at others is a misleading communication, even though it goes without saying that the 100 mentioned companies have an overwhelming responsibility, be it in global warming but also the means to act and repair the damages caused by their activities.

Projected cumulative future CO2 emissions over the lifetime of existing and currently planned fossil fuel infrastructure without additional abatement exceed the total cumulative net CO2 emissions in pathways that limit warming to 1.5°C (>50%) with no or limited overshoot.

This is a crucial element: without an anticipated shut down of part of fossil fuel infrastructure for coal, oil and gas, we will exceed a global warming of +1.5C. Completely sidelined in the debates, be it by journalists, editorialists, but also environmental activists. Isn’t now the right time to ask fossil fuel producers: where are the anticipated closures ?