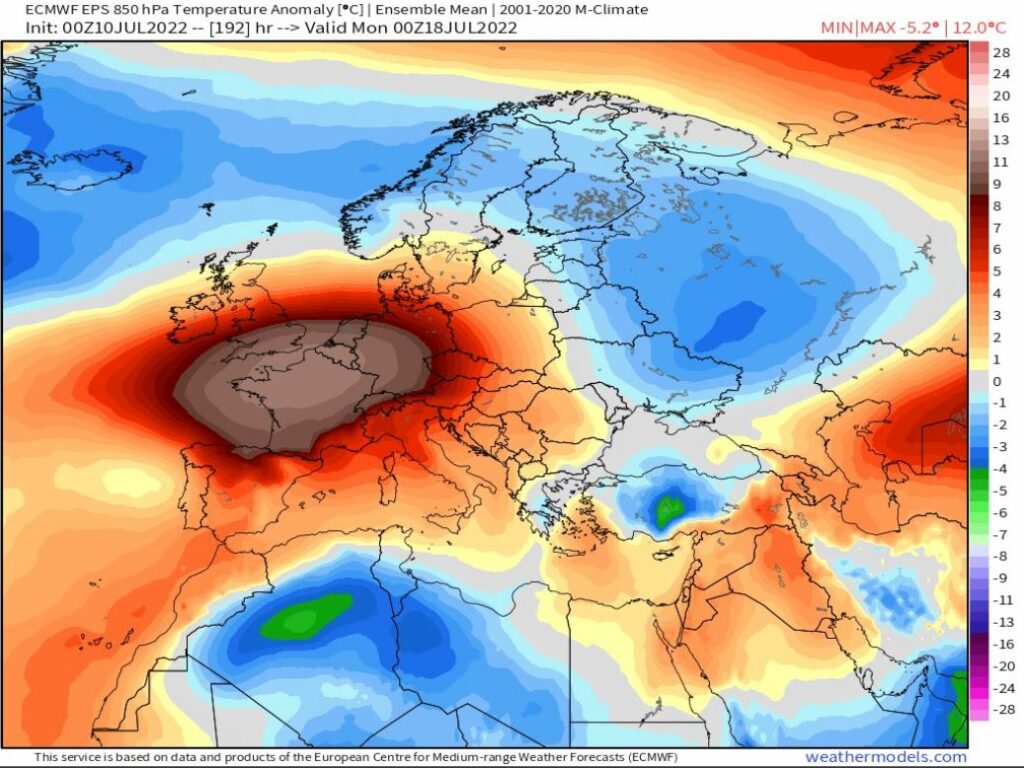 An absolutely brilliant idea has resurfaced in recent weeks. First evoked by Christophe Cassou in 2019, several scientists suggested during the June 2022 heatwave to name the climate hazards by the names of the sources of pollutions.

If this idea seems far-fetched at first glance, it would actually be very useful.

Making the link between hazards and global warming

One of the greatest tragedies of our time is the lack of clear information on the link between the increase in climatic hazards, their intensity, and global warming. Let’s be more precise, and even talk about anthropogenic global warming, i.e. warming of human origin.

This warming is caused by greenhouse gas emissions, there is no doubt about it, and humans are indeed responsible for this. Let’s recall two essential points of the 1st part of the last IPCC report:

Even if this anthropogenic warming is undeniable (at least in the scientific literature), the link is very rarely made between the hazards and the activities of the fossil industry. There are at least three reasons for this:

It is therefore obvious that renaming these heatwaves (and other hazards) would be an excellent idea and would allow French people to make the link between the two.

Heatwaves and climate change: are we sure of the link?

One of the risks of naming each heatwave after an oil or gas company (non-exhaustive list) would be to attribute each heatwave to anthropogenic global warming.

We have seen that climate change is increasing the frequency of heatwaves. But heatwaves have occurred in the past and we cannot say that any given heatwave is due to global warming. However, we can say that the probability of occurrence of these weather events has increased significantly due to anthropogenic climate change.

The attribution of an individual extreme weather event to climate change is very interesting, and allows us to realize the rarity (or not!) of what we have been experiencing for the last two decades, and will experience in those to come. An example below with the heatwaves observed in France between 1947 and 2021:

According to Météo France, the number of heatwaves recorded since 1947 on a national scale has increased significantly in recent decades.

There have been 44 heatwaves in France since 1947. The last officially recorded heatwave occurred in June 2022.
Heatwaves recorded since 1947 on a national scale have been significantly more numerous in recent decades. Over the last 35 years, they have been 3 times more numerous than over the previous 35 years. The number of heatwave days has increased 9-fold.

Now that we are sure of the climate facts, it is time to choose a name. The city of Seville has launched the initiative, but it is simply to graduate the intensity of the heatwave. The objective here is quite different.

Well, the most obvious solution would be to choose the world’s largest energy companies specializing in coal, gas and oil. If the heatwave is in France, the most famous name is certainly Total, as Maxime Combes suggested when he called the heatwave of June 2022 TotalEnergie n°1.

Why Total? Why “still Total”? Because Total has been an air-conditioning group for decades, for several reasons. First, they have been lying about the impact of their activity since 1971. Insofar as it is essential to take into account the historical aspect of emissions in global warming, it is quite appropriate to say that the next heatwave could officially bear the company’s name. Second, while the IPCC and the IEA confirm that any investment in a new fossil project would take us out of the Paris Agreement, Total has several operating projects in the pipeline, now called “climate bombs.” Finally, TotalEnergies has been greenwashing for years by spending millions of euros on its renewable energy business, even though the majority of its business and profits come from fossil fuels.

How to agree internationally ?

One of the difficulties of the exercise would be to agree internationally on a single name. We can imagine that for a heatwave in the United States, it would make much more sense to call it Exxon1 than Total1. It would then probably be necessary to choose a company that is headquartered in the country where the climate hazard occurs, or at least its activities. In Australia, for example, the choice would be between Rio Tinto (UK), Alcoa (US), Glencore (Switzerland) which mine coal there.

Another difficulty could arise when a heatwave affects several countries. Take for example a heatwave over Italy and France, should it be called ENI or ENGIE? One can already imagine the eagerness of some citizens to find the responsible, while the respective governments would minimize the consequences and responsibilities. Responsible, but not guilty.

Why not Patrick Pouyanné? And why not Bernard Arnault?

We could extend the list of names likely to improve awareness between GHG emissions and the increase in climate hazards. Instead of taking the names of companies directly, we could take the names of the presidents of the companies concerned. Suggestion by Olivier Norek: Patrick Pouyanné, CEO of Total.

There is a risk in this. Total is certainly very well known to the general public, but it’s a safe bet to say that it’s not the same for Patrick Pouyanné. And then a CEO is likely to change quickly, while a company like TotalEnergies, which continues to participate in climate change projects like EACOP, we risk having it for a few more decades.

Speaking of EACOP, it would also be an opportunity to call the heatwaves with the banks that finance fossil fuels the most. JP Morgan, Citi, but also and of course the French banks, which are financing billions of fossil fuels (and even reached record highs) after the Paris Agreement was signed. Why not name the next heatwave BNP Paribas, Société Générale or Crédit Agricole? Did you know that your bank finances billions of fossil fuels every year? How much exactly ? For what consequences? Maybe this would be a good idea after all?

Finally, since it is impossible to have an ecological transition without social justice, why not rename the heatwave with one of the most emitting people in France, like Bernard Arnault? He, who just with the flights of his private jet, emitted 176t of CO2 in May 2022, that is to say 17 times more than the average annual French carbon footprint?

There is a great lack of information about the causes and consequences of climate change. One of the solutions would be to rename these heatwaves by the companies that not only lied about their responsibilities but continue to worsen the situation and make part of the planet uninhabitable.

Insofar as the responsibility is common but differentiated, renaming the next heatwave Total1, Exxon2 or Gazprom3 would be an excellent idea. If it spreads on social networks, it could reach the ears of the right people…