MGTOW : the movement Men Going Their Own Way 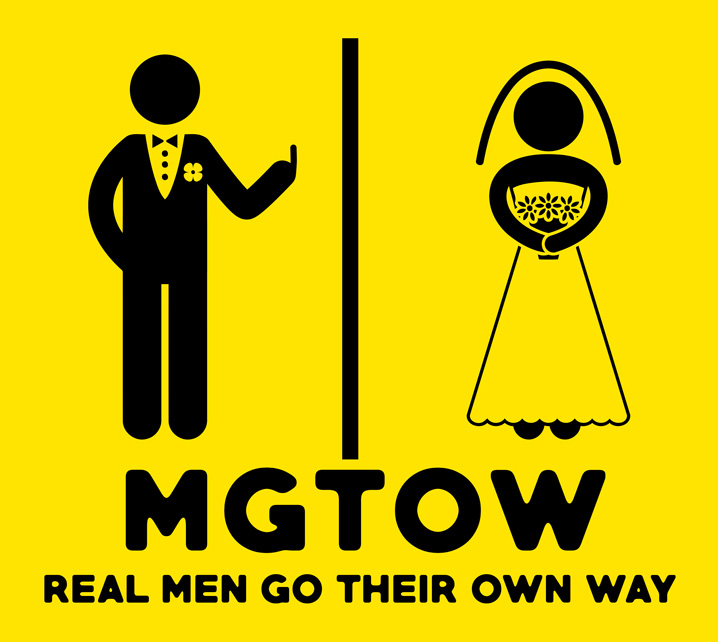 MGTOW. The what ? The MGTOW. Pronounced ‘MIG TOW’. Men Going Their Own Way. Curious and in order to make a constructive criticism, I went to dig the subject. Let’s see what is this universe.

Who are the MGTOWs?

The movement was born (as always) in the United States in the 2000s. Definition of the manifesto on their site :

MGTOW is a declaration of ownership over sovereignty’. It is the right to say NO. It’s rejecting the preconceived notions and silly cultural habits that define a man today. Do not try to fit into social norms.
Refuse to kneel down and be enslaved like a common object. To live first for one’s own interests in a world where this is not appropriate’.

So far, nothing very divisive. Except maybe the last sentence: if everyone thinks first of his own interest before the one of the others or of the society, our little cocoon of comfort will very quickly turn into a line 13 in rush hour (and a planet on fire).

What are the key points of MGTOW?

After a few hours spent on their official website and related forums, here are a few points that come out:

As everyone knows, the numbers are as easily manipulatedas a BFM TV fan #CourbeduchômageHollande. All this is rather easy to refute: equal pay, late voting rights… It’s an invention Jean-Luc?

In reference to the movie Matrix, the ‘real’ MGTOWs take the red pill, and are therefore ready to see the world as it is. As opposed to the blue pill, where the man remains in an artificial world, seeking at all costs to please and satisfy the expectations of women.

This is one of the key points of the movement: to detach oneself from the sexual attraction exerted by women to be free. When we know that men think about sex on average once every 28 minutes, it is true that after reflection, we would certainly be more intelligent if we thought a little less with our favorite toy.

“The man can’t win against the woman”

Based on everything that has been said before, the man will lose out in any type of relationship that includes a woman in our modern societies. Therefore, man must follow ‘his own path’ until society undergoes a revolution or a profound reform.

First and foremost present on the internet, the movement sees many youtubers preach the good word and present their incredible life post red pill: free spirit, and above all, no need to spend half of your salary to go out Jeanine on Saturday night. a video as an example:

I don’t hide from you that his way of speaking and his way of being 300% American got the better of my patience. On the other hand, the ‘comments’ part is quite revealing of the members of this movement:

First of all, this movement has the merit of being apolitical: no politician has boasted of being affiliated with this movement. Next, two important points:

If a man joins the MGTOW, and he sticks to the ideas, it will not have any negative consequences for your life. Better yet, he won’t try to steal your girlfriend. Religion should work exactly the same way: one person’s freedom ends where another’s begins. As the MC friend Jean Gabin used to say, ‘know that religion is not a sprint but a long-distance race, so think of those who have been practicing for 40 years, and who don’t make a fuss about it.

As long as a person finds in a movement something to develop, without harming others, why not?

The deplorable thing about the last few years is that you can no longer lift a finger without being associated with a movement. You don’t drink alcohol? Ohhhhhh, you must be a Muslim, a straight edge or a freak. Don’t you eat fish? Here we go… another vegan. what a mess.

Like all communities, there are not only geniuses among the MGTOW. You will see many of them displaying their hatred of women (see their French FB page). A nice majority of frustrated people who probably didn’t manage to get Jennifer, the prettiest girl in school.
Finally, their way of presenting which turns to sensationalism (on their official site) and the simple fact of using authors, even quotations of scientists is really close to intellectual manipulation for decerebrates. Not sure if Isaac Newton would like to be quoted on your site, guys.

Until today, the two explosive topics were simple. say the words ‘religion’ or ‘politics‘ at a dinner party, take a step back, a bowl of popcorn, and you hit the jackpot. MGTOW has the same characteristics: everyone will be on the defensive after having explained these five words: MEN GOING THEIR OWN WAY. Look closely at the faces, it works.

To quote an illustrious fellow traveler: before you start hating women, remember where you came from, and who changed your diapers a few years ago. Relax, it will be fine.

BONUS : Garcia at his best