The 5 basic laws of human stupidity 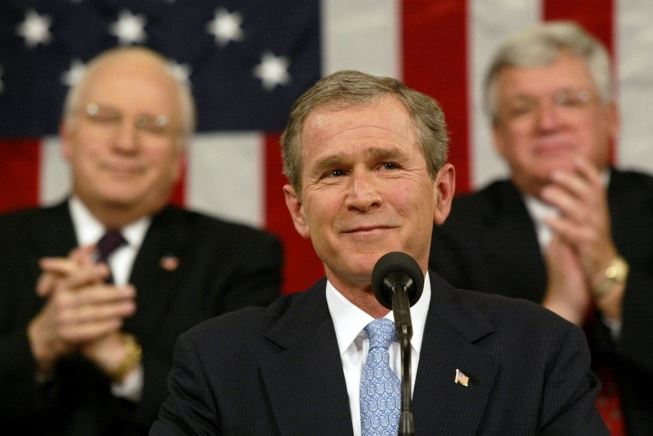 In 1976, Professor Cipolla published a 60-page essay describing the fundamental laws of a force he perceived as the greatest existential threat to humanity: stupidity.

He divides humanity into four main categories: Intelligent, Bandit, Helpless, Stupid. All are defined on the basis of a win/lose concept, slightly echoing the prisoner’s dilemma. The question is: what category are you in?

Law 1: Everyone always and inevitably underestimates the number of stupid people in circulation

No matter how many idiots you suspect you are surrounded by, you are invariably underestimating the total. This problem is compounded by the biased assumption that some people are intelligent because of superficial factors such as their job, education, or other characteristics that we believe rule out stupidity.

For example, Nabilla is excluded because she is a multimillionaire. And yet… This brings us to the 2nd law:

Law 2: The probability that a person is stupid is independent of any other characteristic of that person.

Cipolla postulates that stupidity is a variable that remains constant in all populations. Every category you can imagine – gender, ethnicity, nationality, education, income – has a fixed percentage of stupid people. University professors can be stupid. There are US presidents who have been and/or are stupid.

Law 3. A stupid person is a person who causes losses to another person or group of people when he or she does not benefit and may even suffer losses.

Cipolla calls it the golden law of stupidity. A stupid person, according to the economist, is a person who causes problems for others without any clear benefit for himself. Uncle couldn’t help but post fake articles on Facebook? It is stupid. The receptionist at your hotel who keeps you on the phone for an hour, hangs up on you twice and still manages to screw up your reservation? Stupid².

This law also introduces three other phenotypes that, according to Cipolla, coexist with stupidity. First, there is the intelligent person, whose actions benefit both himself and others. Then comes the bandit, who gets rich at the expense of others. And finally, the abused, the defenseless person, whose actions enrich others at his own expense. Cipolla imagined the four types along a graph, like this:

Non-stupid people are an imperfect and inconsistent group. Sometimes we act intelligently, sometimes we are abused, or selfish villains… And sometimes we are a bit of both. The stupid, in comparison, are models of consistency, acting at all times with unwavering idiocy.

However, constant stupidity is the only thing constant about stupidity. That’s what makes stupid people so dangerous. Explains Cipolla.

Essentially stupid people are dangerous and harmful because reasonable people find it difficult to imagine and understand unreasonable behavior. An intelligent person can understand the logic of a bandit. The actions of the bandit follow a pattern of rationality: a wicked rationality indeed, but always rational. The bandit wants an advantage for his account.

Since he is not smart enough to find ways to get the plus as well as provide you with a plus, he will produce his plus by making a minus appear on your account. It’s all bad, but it’s rational and if you’re rational, you can predict it. You can predict the actions of a bandit, his evil maneuvers and therefore you can build your defenses.

With a stupid person, all this is absolutely impossible, as the third fundamental law explains. The stupid person will harass you without any reason, without any advantage, without any plan, at the most improbable times and places. You have no rational way of telling if, when, where, how and why he or she will attack you. Facing a stupid individual, you are completely at his mercy.

This analysis leads to law number 4:

In particular, non-stupid people constantly forget that at all times, in all places, and under all circumstances, dealing and/or associating with stupid people is always a costly mistake. We underestimate idiots, and we do so at our peril. This brings us to the fifth and final law:

Law 5: A stupid person is the most dangerous type of person.

And its direct consequence: a stupid person is more dangerous than a bandit.

We can’t do anything for idiots. The difference between societies that collapse under the weight of their stupid citizens and those that transcend them is the composition of the non-stupid. Those who progress despite their stupidity have a high proportion of people who act intelligently, those who counterbalance the losses of the stupid by bringing gains for themselves and their fellows.
Declining societies have the same percentage of stupid people as prosperous societies. But they also have a high percentage of defenseless people and, ‘an alarming proliferation of bandits with accents of stupidity‘. Hello Laurent Alexandre…

There is no defense against stupidity. The only way for a society to avoid being crushed by the burden of its idiots is for the non-stupid to work even harder to compensate for the losses of the stupid. When you draw the parallel with the environment, and some people trying to make up for other people’s bullshit, Cipolla was not far from the truth.

This book had as much effect on me as reading Schopenhauer’s The Art of Being Always Right. It is very short, but terribly effective. While preparing this article, I realized that it was very easy to find the first 3 categories. Scammed ? I see them every day. A smart person, who wins and makes society wins? Easy: Jean Jouzel. Nobel Prize winner, has made his passion his life, and does everything to make the world more ecological. I also think of any writer who allows us to escape from our daily lives. Sylvain Tesson spoke about his book ‘In the forests of Siberia’ as a remedy… Well, while I buy your book and allow you to live on, you are my remedy when I take the subway in the morning for my bullshit job.

Bandits? Think of the Balkanys. On the other hand, a stupid person is extremely rare. Except for my former colleague who assured me that Hiroshima took place during the Vietnam War, I thought of no one. But this goes back to the first law of stupidity: everyone always and inevitably underestimates the number of stupid people in circulation.